Rajasthan Royals all-rounder has recently revealed in a conversation with Cricbuzz about the knowledge and advise that the Indian skipper Virat Kohli offered to him.

At a very young age of 19, Riyan Parag has come of age to become the backbone of Rajasthan Royals’ middle-order. The all-rounder has already played many match-winning cameos for the team and now handles the arduous job of ensuring a late finish in the top-heavy batting line-up. 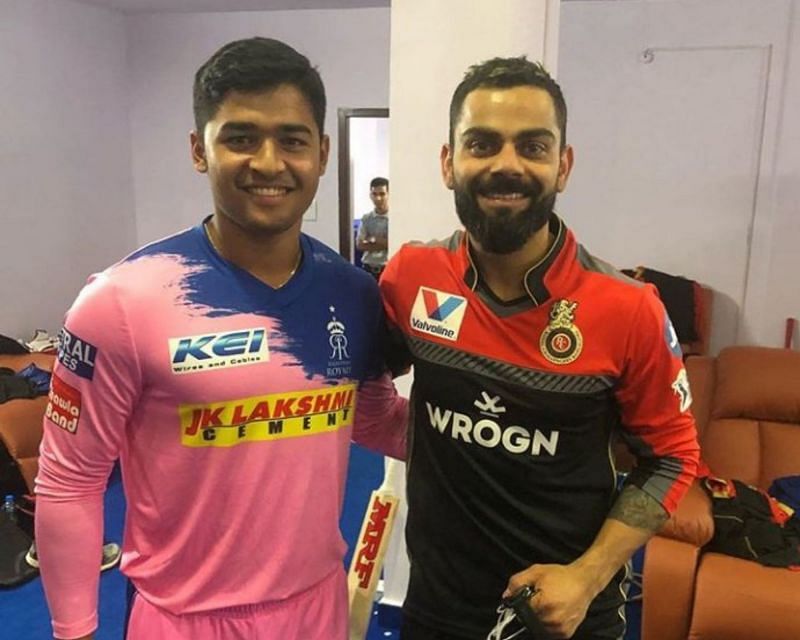 Speaking to Cricbuzz, Riyan Parag reavealed Virat Kohli advising him not to worry about accolades like the Orange Cap and instead focus on getting as many runs as possible for the team. Parag remarked that the words stuck to him and he now tries to bat only for the benefit of his team.

“No, it doesn’t actually [if not getting a lot of chances to bat matters to him]. I had a chat with Virat Kohli during the last IPL. He specifically told me that ‘you are not going to get the Orange Cap. You bat No. 5 or No. 6 so there is no point in you thinking about the Orange Cap. You just think about how you can get those crucial 20 or 30 runs and when you get the chance to go in at a crucial phase, just think how you can get the team through.’ So that really fit in my mind and now I don’t think about how many runs I’m getting, I just think how my runs are benefiting the team,” said Riyan Parag.

Riyan Parag’s acumen was tangible in Rajasthan Royals’ first game of IPL 2021. Chasing a massive total of 222 against Punjab Kings, Riyan Parag played a scintillating cameo of 25 runs off just 11 balls, including one four and 3 sixes.