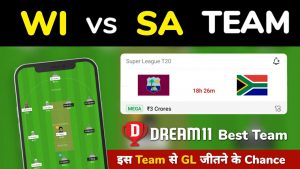 A complete dominant performance by South Africa led West Indies in shock. The Visitors won the 1st test match with huge margin of an innings and 63 runs over the Hosts. With the deadly bowling of Nortje and Ngidi South africa restriced the West indies at the score of 94 in 1st innings and later with the brilliant innings of de Kock (141 runs) this match turned out to be easy win in favour of them which they executed very well and won by innings and 63 runs. Now they will look forward to clean sweep and occupy the test series by 2-0.

On the other hand, The hosts are bit disappointed with their batting unit as they are completely failed to face the Africans bowlers. Few players like Jason Holder and Roston Chase left a bit impact whereas rest of the players are completed failure. Now the hosts can’t win this test series so they will somehow definitely try to win this match in order to equal the score and draw this series. However, The Africans are in excellent form and it won’t be easy for West indies to stop them.

WI vs SA Head to Head: 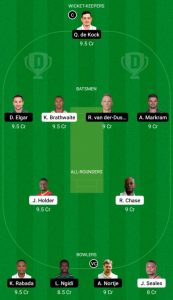 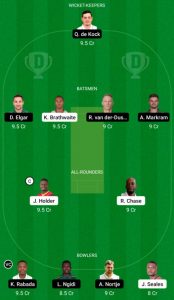 NOTE: While selecting your team, consider the points and make your own decision and make sure to edit the team if there is some change after the toss when playing xi is announced. So, taking help from the above post make WI vs SA Dream 11 Team.