Indian skipper Virat Kohli celebrated his 33rd birthday on 5th November and his joy was doubled after India claimed a thumping victory against Scotland.

With this win, India’s hopes to qualify for the semi-finals are still alive. Although their fate depends on the match between Afghanistan and New Zealand. They are automatically out of the equation if the latter wins.

Indian Team Celebrates Skipper Kohli’s Birthday in Their Own Style

In a video put out by the official handle of the Indian cricket team on Instagram, team India mentor and former skipper MS Dhoni is seen lighting the candle on the cake for Kohli to cut. 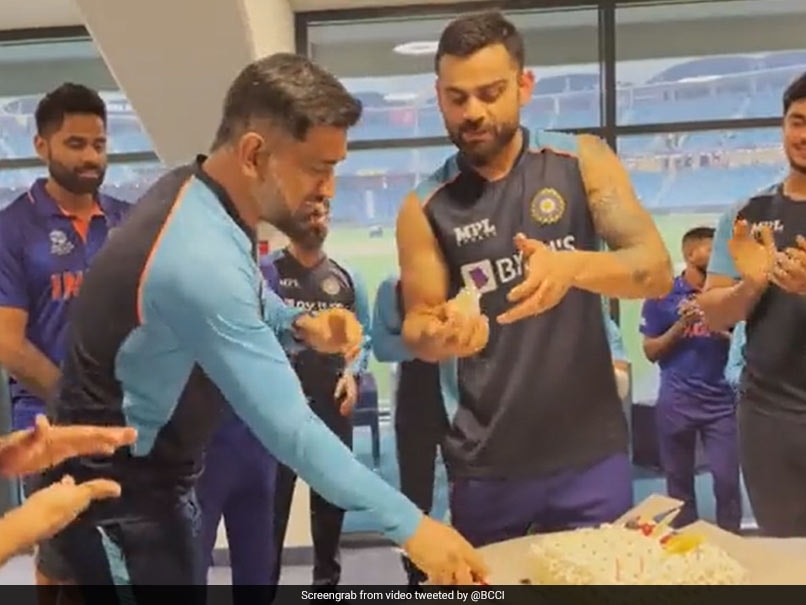 Kohli then feeds the cake to MS Dhoni, Shardul Thakur, and Suryakumar Yadav. “Cake, laughs and a win. Team Indian bring captain Virat Kohli’s birthday after their superb victory in Dubai,” said the caption on the post.

Here’s the video of the same:

Cake, laughs and a win! 🎂 😂 👏#TeamIndia bring in captain @imVkohli's birthday after their superb victory in Dubai. 👍 👍 #T20WorldCup #INDvSCO pic.twitter.com/6ILrxbzPQP