.  Totally savage! Haven’t expected this from @UrvashiRautela her. What a reply she has gave to one of the pant’s fan. One of the epic reply from the celebs. Urvashi Rautela Trolls Pant. In fact, the 27-year-old was crowned Miss Diva Universe 2015. Moreover, the Kotdwar-born represented India at the Miss Universe 2015 pageant. 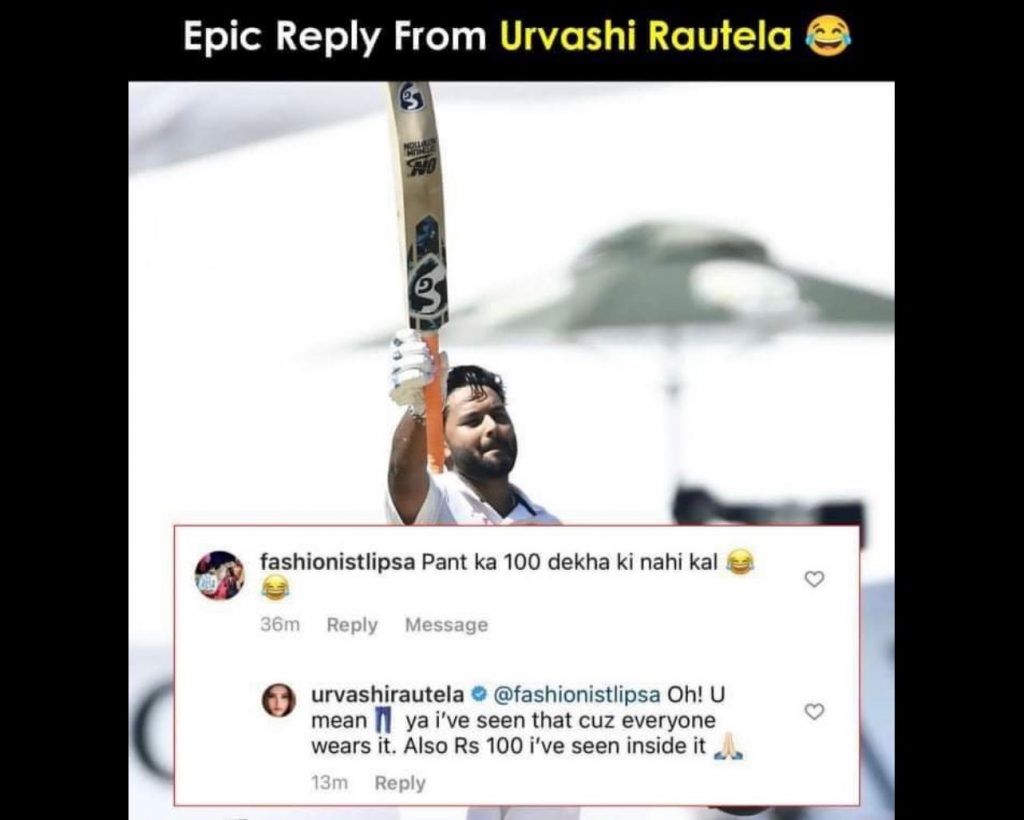 Hilarious troll by Urvashi. Soo an epic one. This trend is now starting again pant – Urvashi.

Urvashi Rautela recently celebrated the milestone of 45 million followers on Instagram. As she thanked her fans for their love and support, a user tried to troll her about Rishabh Pant’s century.

Cricketer Rishabh Pant smashed a century against South Africa in a Cape Town test match. And for the unaware, Urvashi has been linked to him due to their friendship in earlier days.