It might not be wrong if we call him a “rising star lost in controversies”. Born in a cricketing family, Umar Akmal adapts to cricket very early. His u-19 performances took him directly to the international arena. Due to his immense talent and aggressive approach, everyone was expecting him to be the next great thing in Pakistan cricket. He got fame very quickly and get down in the same manner. Just in his 6th first-class match, he smashed 248 off just 225 deliveries followed by unbeaten 186 in the 8th match which grabbed the eyeballs of selectors, and hence they added him in the Test squad for the tour of New Zealand.

In his debut test match against New Zealand, Umar Akmal scores 129 runs from 160 balls and announces his arrival at International cricket. Followed up by the ODI century on debut against Sri Lanka in the next series. Due to his aggressive nature, he was in the top demand for t20 leagues around the world like BBL, CPL, BPL, PSL, SLPL, and many more. Making his name slowly and gradually, it was the time when his downfall started and within a matter of 2-3 years, he was completely outshined and unable to perform well. It was a time when he was being compared to Indian Virat Kohli. Being in and out from the national side, Umar completely lost his shine and kept himself involved in controversies. 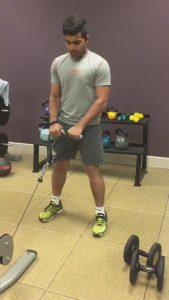 Controversies did by Umar Akmal

The All Out Cricket Post Interview of Umar Akmal

I hope you guys will love the article about Umar Akmal biography, you can also check out more cricket news by clicking here, play fantasy cricket on dream11 to win some real cash.