For the longest time in his career, Rohit Sharma did not look like he could make it big in Test match cricket. Obviously, not taking away anything from his masterful white ball career. However, after 2018, he gave it all that he had to become one of the best openers even in the longer format of the game.

But even then people trolled for only performing in India and failing to make it big overseas series. The 34-year old has even put a full stop to that as his recent performers in England under pressure have been nothing short of incredible. 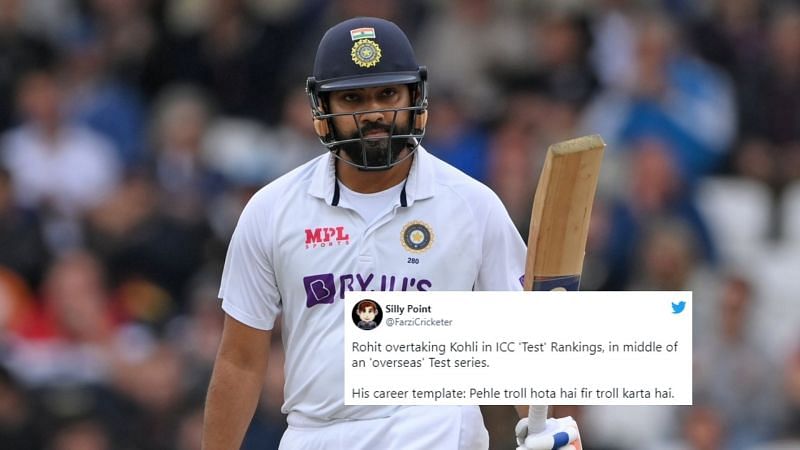 Rohit has shown amazing temperament, technique and discipline. He was subject to some tough questions by the English bowlers but had the answers to most of them.

After having healthy starts in almost every game, Rohit Sharma has overtaken skipper Virat Kohli in the men’s ICC Test rankings among batsmen and is now ranked at the fifth position. The Indian captain, on the other hand, has slid down one position to sixth because of his constant failures in England.

Here are some of the amazing tweets after Rohit surpassed Virat in the ICC Test Rankings.

At Start of ICC WTC

You can't imagine happiness of a Rohit Sharma fan who has seen all the trolling, from being called waste of talent to becoming one of The greatest of this game. Can't tell you how proud I'm. @ImRo45 .

Kumble said a beautiful line once

Rohit has proved a lot of his critics wrong by succeeding as a Test match opener👏👏.
Take a bow HITMAN. pic.twitter.com/jEo7BKdG7d