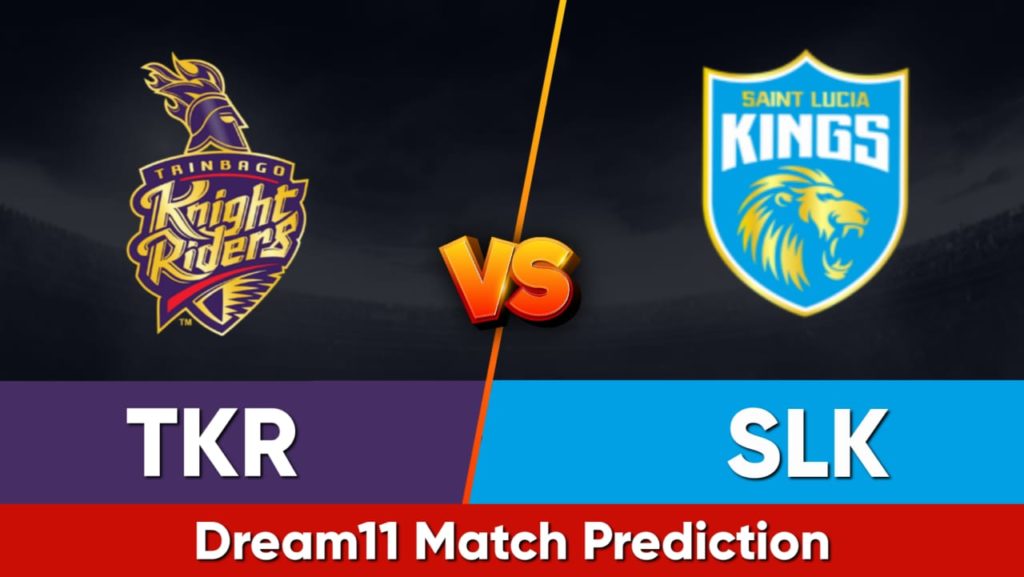 TKR vs SLK Dream11 Team Pre Info: The 23rd match of Caribbean Premier League 2022 will be played between Trinbago Knight Riders vs Saint Lucia Kings at the venue of Queen’s Park Oval, Port of Spain, Trinidad.

Trinbago Knight Riders have played 7 matches till now in which they won 3 games as of now. They won their previous game i.e against Jamaica Tallawahs by 4 wickets where Colin Munro played a crucial innings of 40 runs and later the team chased down the target comfortably and won the game.

On the other hand, Saint Lucia Kings also have played 7 matches well till now and won 3 games. Both teams are having winning momentum. SLK defeated SKN by 49 runs, they bowled very well and bowled out SKN at the score of 140 runs. Johnson Charles and Faf du Plessis played very well and scored 61 and 41 runs respectively.

The 23rd match of the CPL 2022 will be played between Trinbago Knight Riders vs Saint Lucia Kings the Queen’s Park Oval, Port of Spain, Trinidad.

TKR vs SLK Head to Head in CPL: 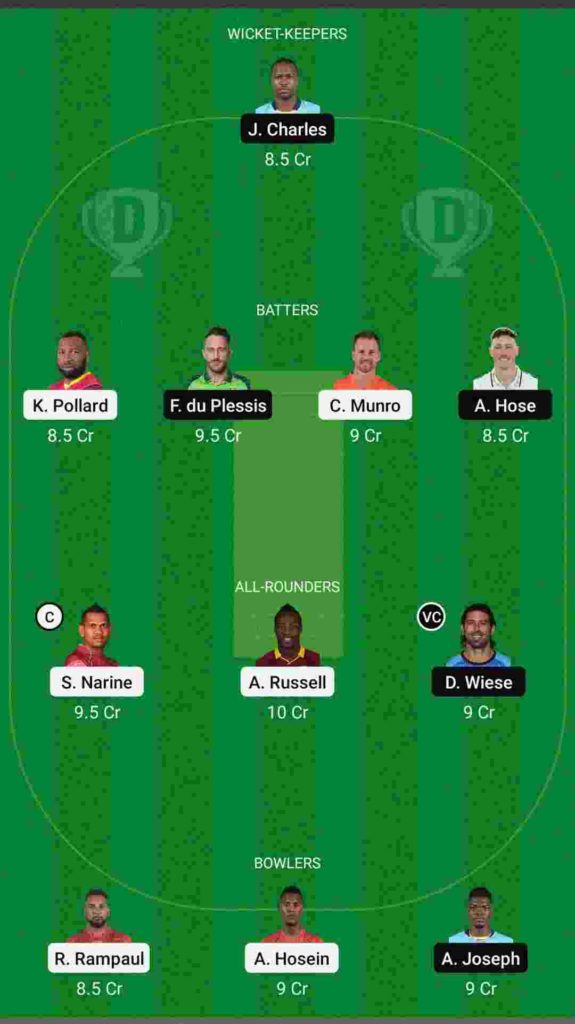 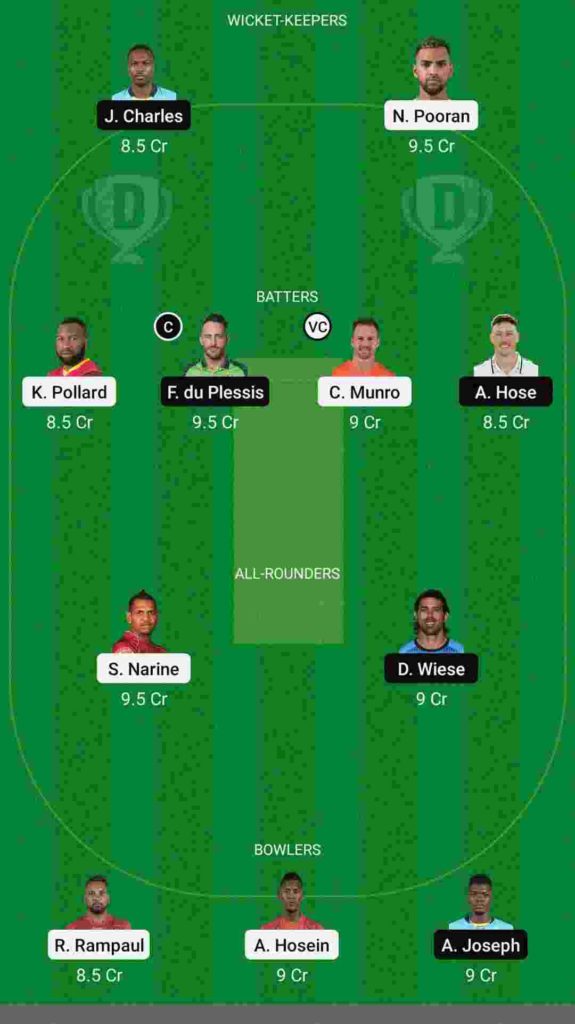 NOTE: While selecting your team, consider the points and make your own decision and make sure to edit the team if there is some change after the toss when playing xi is announced. So, taking help from the above post make TKR vs SLK Dream 11 Fantasy Team Prediction.