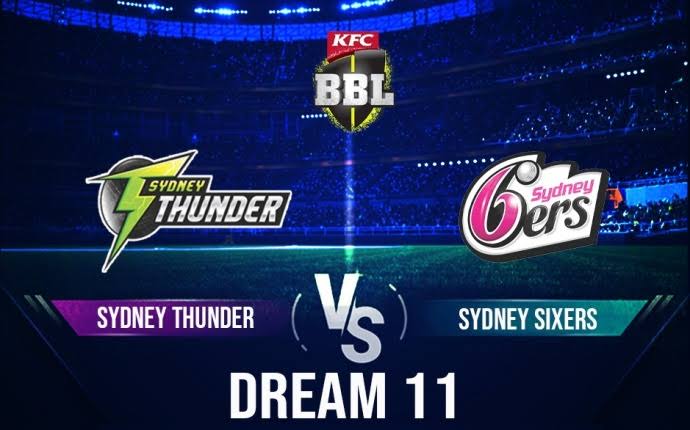 THU vs SIX Dream11 Team Pre Info: The 34th match of the Big Bash League 2022-2023 (BBL) will be played between Sydney Sixers vs Sydney Thunder at the venue of Sydney Cricket Ground, Sydney.

Sydney Thunders are in beast mode right now. They secured back to back 4 consecutive wins and currently jumped to 3rd spot in the points table. They played their previous game against Perth Scorchers where they won the match by 6 wickets, Oliver Davies scored 58 runs for the team. Whereas Alex Ross smashed 41 runs in just 18 balls in the ending overs.

On the other hand, Sydney Sixers is placed at the 2nd position in the points table. They have played 9 ganes as of now and won 5 games. They thrashed Melbourne Stars in the last game by 6 wickets and chased down the score of 174 comfortably. James Vince played unbeatable knock of 91 runs in that match.

The 34th match of the BBL 2022-2023 will be played between Sydney Sixers vs Sydney Thunder at the Sydney Cricket Ground, Sydney.

THU vs SIX Head to Head: 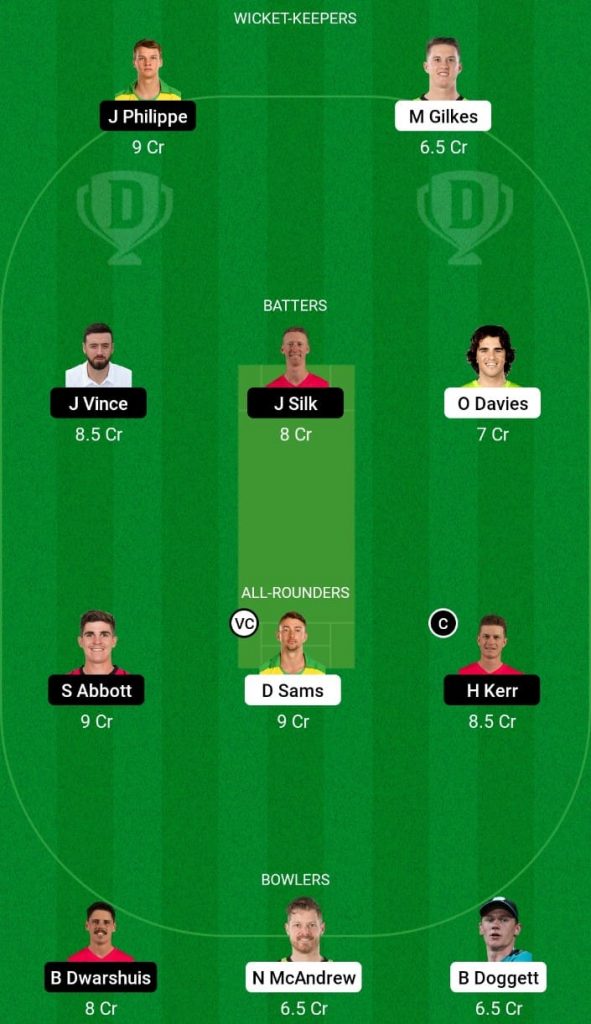 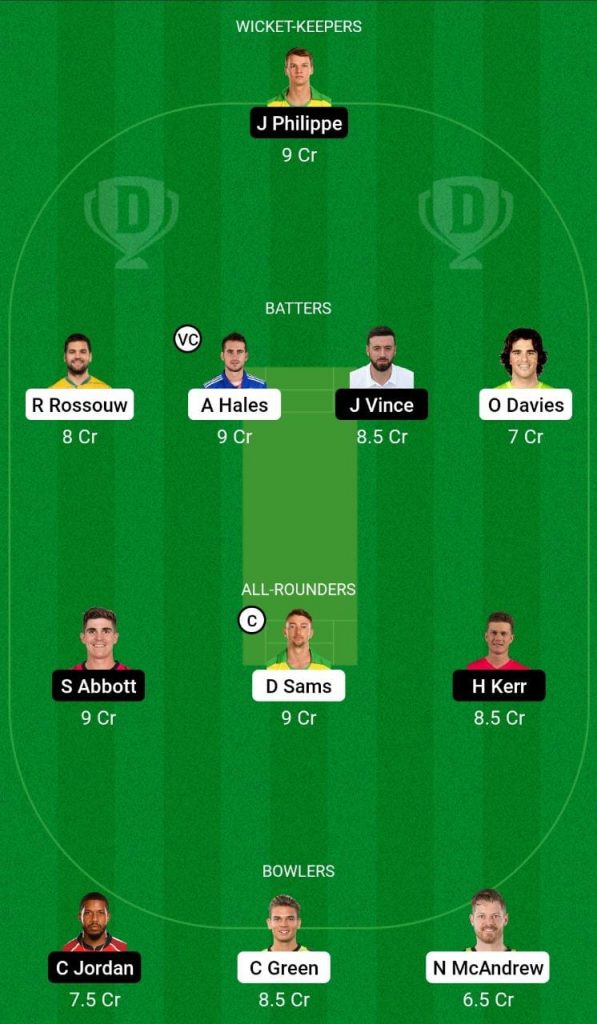 NOTE: While selecting your team, consider the points and make your own decision and make sure to edit the team if there is some change after the toss when playing xi is announced. So, taking help from the above post make THU vs SIX Dream 11 Fantasy Team Prediction.