English All-rounder Sam Curran has been ruled out of the ongoing IPL 2021 with immediate effect due to a back injury. He will also miss the much awaited T20 World Cup scheduled later this year in UAE and Oman.

Interestingly, his brother Tom Curran is named in the squad as his replacement.

He has sustained a lower-back injury which came to news after the cricketer complained of pain after Chennai Super Kings’ (CSK) game against Rajasthan Royals (RR) on Saturday. He underwent the scans soon when the extent of injury was known. 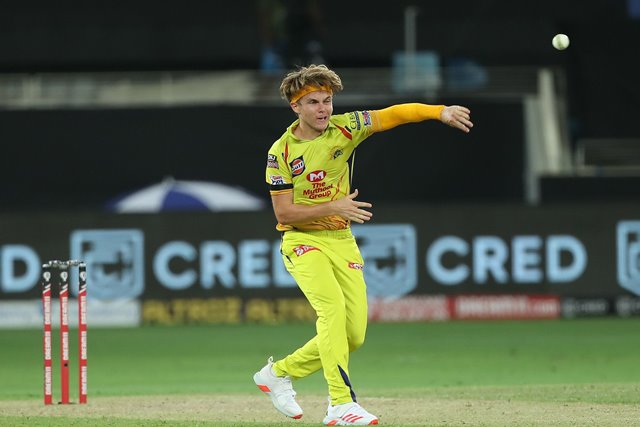 The England and Wales Cricket Board (ECB) has confirmed the news in the press release. Curran will return to England soon and ECB’s medical team will be observing him closely working with him in his recovery.

“He (Sam Curran) will fly back to the UK in the next couple of days and will have further scans and a full review later this week from the ECB’s medical team,” ECB’s statement said. Sam Curran also missed CSK’s previous game against Delhi Capitals (DC) on Monday (October 4).

Curran did not have a very good time with the ball for CSK in the second leg of the IPL 2021. He played only a couple of games in the UAE leg of the ongoing IPL conceding more than 50 runs on both the matches.