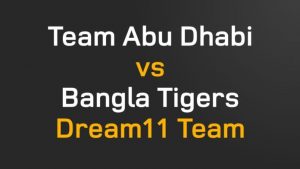 Both teams are on the verge of elimination and the winner of this match will qualify to Qualifier-2 match. Team Abu Dhabi was in great form at the beginning of the tournament but the past few matches didn’t went well for them as they lost their previous match against Delhi Bulls by 49 runs. Especially their batting unit is not performing upto mark and losing early wickets.

On the other hand, Bangla Tigers have won their previous match and in good momentum but they need to be consistent with their performance. Both team wi try hard to win this match and make their path to further matches.

The Eliminator Match will be played between Team Abu Dhabi vs Bangla Tigers at the Sheikh Zayed Cricket Stadium, Abu Dhabi. 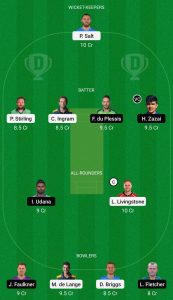 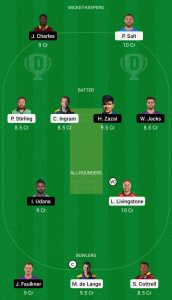 NOTE: While selecting your team, consider the points and make your own decision and make sure to edit the team if there is some change after the toss when playing xi is announced. So, taking help from the above post make TAD vs BT Dream 11 Fantasy Team Prediction.