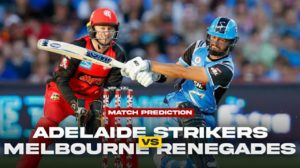 STR vs REN Dream11 Team Pre Info: The 6th match of the Big Bash League 2021-2022 (BBL) will be played between Adelaide Strikers vs Melbourne Renegades at the venue of Adelaide Oval, Adelaide.

Adelaide Strikes played their 1st match against the same team Melbourne Renegades and lost by only inches i.e, 2 runs & again going to face Melbourne Renegades on Thursday.  The start was good by Matthew Short and Harry Nielsen where they scored 29 and 30 crucial runs, but they need to work on middle order as they completely failed to score runs and got defeated by 2 runs at the end. Now they got real opportunity & perfect time for them to take revenge by defeating renegades in this match.

Whereas, Melbourne Renegades registered their very first victory against Adelaide Strikers in a thriller match by 2 runs. Mackanzie Harvey played a crucial role by scoring 56 runs which resulted the team to a decent score. Melbourne Renegades will try their best to sustain their performance and defeat the strikers again to maintain their wining momentum.

The 6th match of the BBL 2021-22 will be played between Adelaide Strikers vs Melbourne Renegade at the Adelaide Oval, Adelaide.

STR vs REN Head to Head: 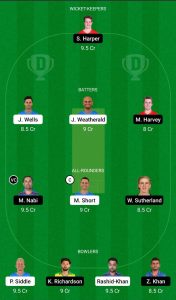 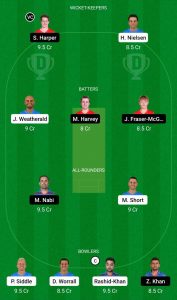 NOTE: While selecting your team, consider the points and make your own decision and make sure to edit the team if there is some change after the toss when playing xi is announced. So, taking help from the above post make STR vs REN Dream 11 Fantasy Team Prediction.