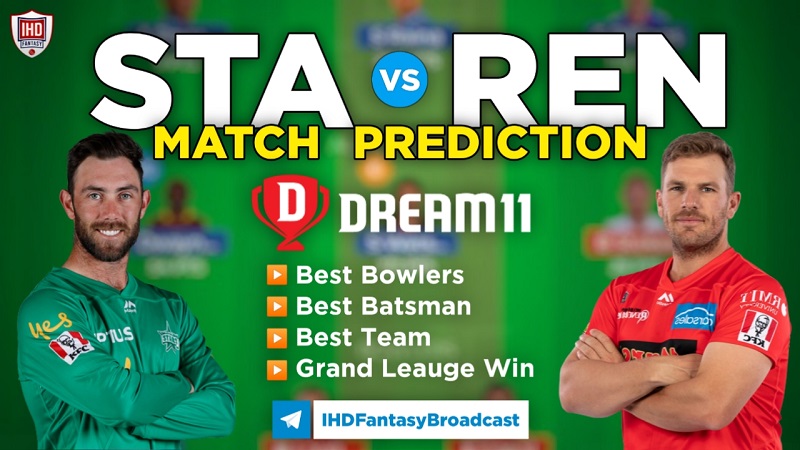 Pre Info: The 45th match will be played between Melbourne Renegades vs Melbourne Stars in Docklands Stadium, Melbourne.

They already played a match in this BBL season where Melbourne Renegades won the toss and opt to bat first. In the first inning, Renegades scored 150 runs in 19.5 overs. Sam Harper and Mackenzie Harvey are the best performers of the match. In the second Inning, Melbourne Stars beat the score in 154 runs in 19.1 overs. Marcus Stoinis and Nick Larkin are the best performers of the match.

Melbourne Renegades is not performed well in this BBL season and always remains at the bottom in the tournament. They played a total of 11 matches and won 2 of them currently they are in the last position with 10 points.

On the other hand, Melbourne Stars did not play well in the start but in the middle of the series, they start to take the pace and reached in top 3 performer team. They also played a total of 11 matches and won 5 of them currently they are in the 3rd position with 23 points.

Mostly, we all play at Dream11 App and getting fewer results than expected, We at IHD Fantasy are now providing MyTeam11, BalleBaazi, PlayerzPot Team At regular bases on Telegram Channel and On Blogs.
Fantasy teams given on Platform is totally free and we are not charing anything from any members, teams are made after toss by our expert panel. The team is totally made by research, Stats, And Current Forms. It will be the choice of our users to play with the same team or not, you can also make some changes and create our own team,
IMPORTANT: Currently, We are covering Only 3 Fantasy Sites Team At Regular Base. So, you need to Join the league available on App. 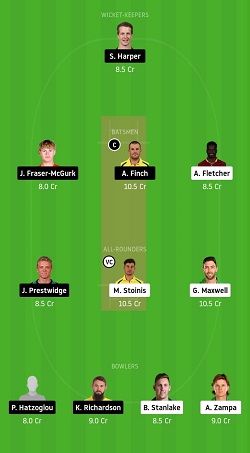 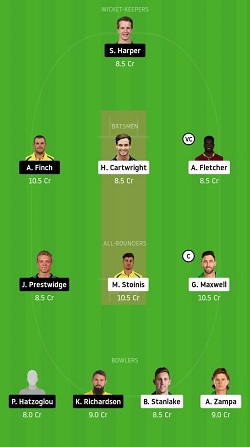 NOTE:
While selecting your team, consider the points and make your own decision and make sure to edit the team if there is some change after the toss when playing xi is announced. So, taking help from the above post makes REN vs STA Dream11 Team Prediction.