IPL is the most loved form of cricket all over the world. People wait for the IPL to happen. Last year the IPL could not happen due to Covid-19. And this year due to the second wave of Covid-19, IPL 2021 has to be stopped mid-way. But now the second phase of IPL 2021 has started again and the wait is over. The second phase of IPL is going on in UAE under strict Covid-19 protocols. 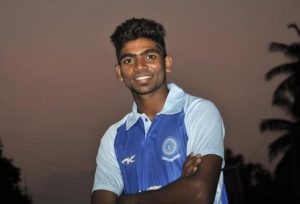 We all know that IPL is a hub where we see a lot of fresh faces and newcomers. Freshers get an equal opportunity to shine and showcase their talent. One such amazingly talented fellow is, Srikar Bharat. Srikar used to play for Andhra Pradesh. Srikar has been bought by Royal Challengers Bangalore and he has proved his capabilities and amazing skills. In this post, I’ll share some important details about the personal and professional life of Srikar Bharat.

This was all about Srikar Bharat. He has worked very hard since the tender age of 10 to reach this position. We wish him a very successful and healthy life.