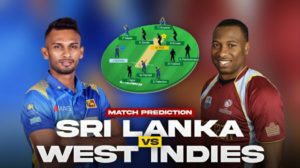 SL vs WI Dream11 Team Pre Info: The 1st Test match of 2 match Test series between Sri Lanka vs West Indies will be played at the venue of Galle International Stadium, Galle.

The Both teams are going to face each other again in another Test series. The previous two matches between the same ended up in drawn which was played in the month of March-April 2021. But presently things are different for both the teams.

Sri Lankan’s are ready to face West Indies on 21st of November at Galle. Dimuth Karunaratne is going to led team. Wanindu Hasanranga is not included in test squad which is definitely an advantage for West Indies and somehow going to affect the Sri Lankan’s performance but they  also have many potential players in their squad.

Whereas, West Indies previous test series was a tie against Pakistan. Kraigg Brathwaite is going to lead the Caribbean side and Roston Chase, Jason Holder are included in the playing which definitely play major role in team.

The 1st Test Match will be played between Sri Lanka vs West Indies at the Galle International Stadium, Galle.

SL vs WI Head to Head: 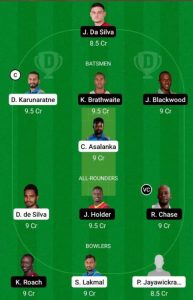 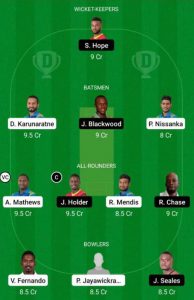 NOTE: While selecting your team, consider the points and make your own decision and make sure to edit the team if there is some change after the toss when playing xi is announced. So, taking help from the above post make SL vs WI Dream 11 Fantasy Team Prediction.