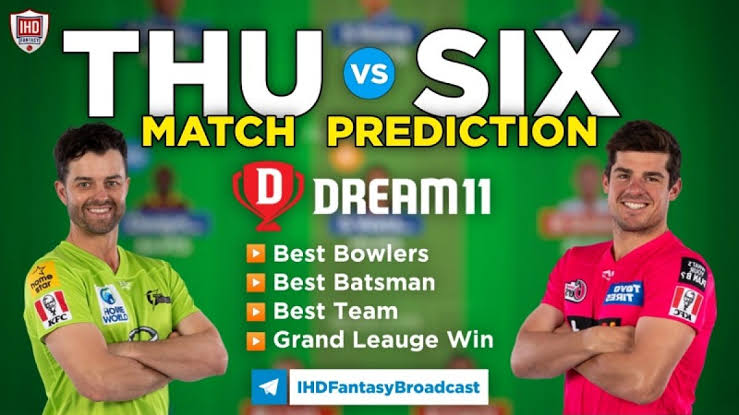 SIX vs THU Dream11 Team Pre Info: The 50th match of the Big Bash League 2022-2023 (BBL) will be played between Sydney Sixer vs Sydney Thunder at the venue of Sydney Cricket Ground, Sydney.

The Sydney Sixers have been performing brilliantly so far as they have won 8 out of 11 matches and are currently at the top of the points table with 32 points. In the last game, Sydney Sixers performed well, winning it by seven wickets.

On the other hand, Sydney Thunder have performed decently so far as they have won 6 out of 11 matches and are currently at the 5th position on the points table with a total of 23 points. In the last game, Sydney Thunder had to face disappointment as they lost by 6 wickets.

The 50th match of the BBL 2022-2023 will be played between Sydney Sixer vs Sydney Thunder at Sydney Cricket Ground, Sydney.

SIX vs THU Head to Head: 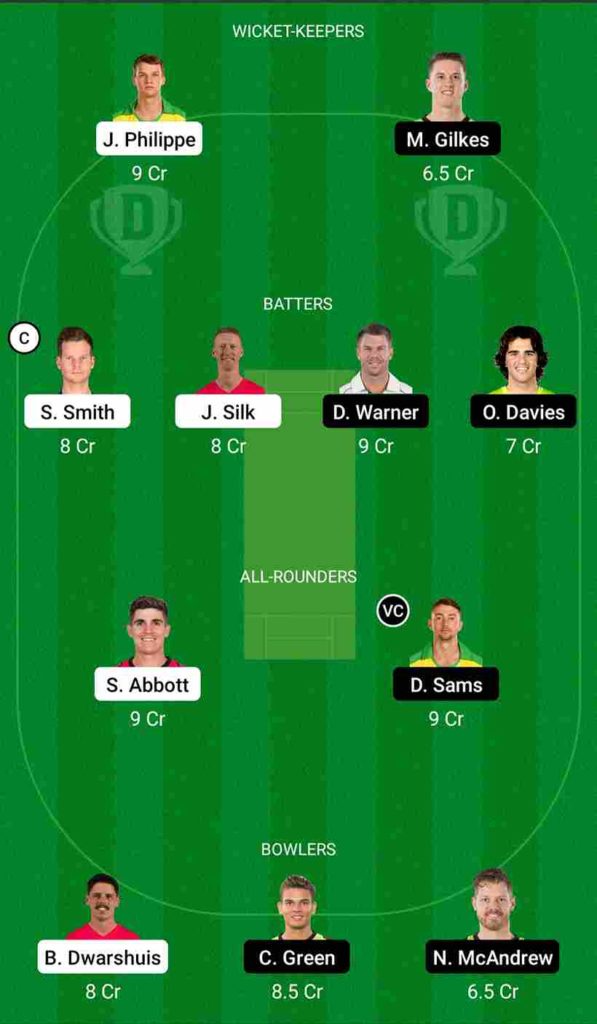 NOTE: While selecting your team, consider the points and make your own decision and make sure to edit the team if there is some change after the toss when playing xi is announced. So, taking help from the above post make SIX vs THU Dream 11 Fantasy Team Prediction.