Prithvi Shaw has been the centre of criticism for the last few days for his extremely poor technique in the ongoing Test series between Indian and Australia. Its only the first test match and fans and experts out there feel that the young batsman should be dropped as he is not fit to play at the highest level of the game. 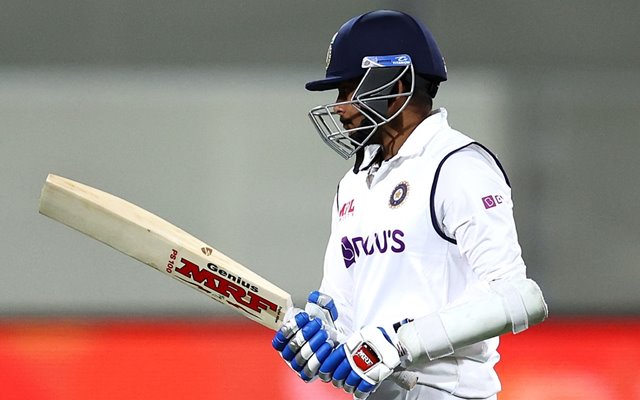 Legendary Australian cricketer Shane Warne feels that the young batsman will struggle with this technique at the international level.

In the first innings, he couldn’t even open his account. In the very first over of the match, he fended at a wide delivery from Mitchell Starc only to find an inside edge on to his middle stump. It was pretty evident that the Thane-born looked short of confidence. In the second innings, yet another time, Shaw flattered to deceive.

He fell prey to a delivery by Pat Cummins and his stumps were dismantled. In both of the innings, he looked short of confidence and his footwork definitely did not look that good.

Warne took to twitter to write a few observations of his about the game. Here’s what he wrote:

“No surprise that Burns struggled yesterday as he looks horribly out of form – fingers crossed he can get some in his second dig. Shaw will struggle at this level with that technique.”

Other observations. No surprise that Burns struggled yesterday as he looks horribly out of form – fingers crossed he can get some in his second dig. Shaw will struggle at this level with that technique & a good debate with @mikehuss25 re keeping position in a team @FoxCricket !