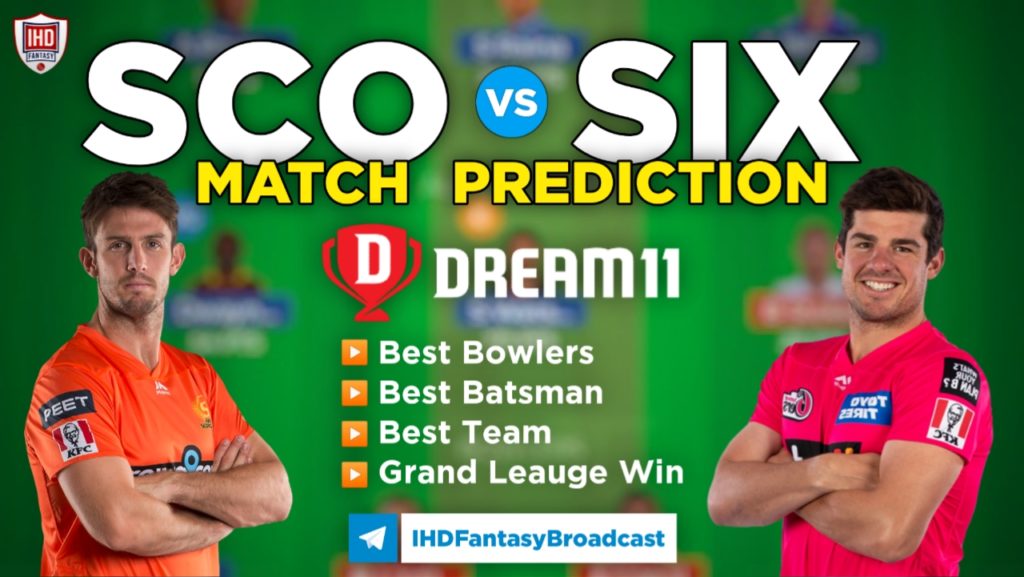 SCO vs SIX Dream11 Team Pre Info: The Final of the Big Bash League 2021-2022 (BBL) will be played between Perth Scorchers vs Sydney Sixers at the venue of Docklands Stadium, Melbourne.

The final of BBL is here and two of the best teams Sydney Sixers and Perth Scorchers are going to face each other on Friday.

Sydney Sixers played really well throughout the tournament 7 in amazing form. The team has made to finals for the third time & been champion twice. They won their previous match against Adelaide Strikers by 4 wickets in a super thrill match and made themselves into Finals. Hayden Kerr’s brilliant knock of 98 runs led the team wins in that match. So it is going to be an exciting match to as two time champions are again playing in finals.

Whereas, Perth Scorchers has been the most consistent team of the year & made into finals after Sydney Sixers in the play-offs by 49 runs. This was already expected that the team will play finals as they have played consistently exceptionally well throughout the tournament. Its quite similar like previous BBL Tournament  where Sydney Sixers defeated the Perth Scorchers in the Finals, but now it’s time take revenge & take the trophy to home.

The Final match of the BBL 2021-22 will be played between Perth Scorchers vs Sydney Sixers at the Docklands Stadium, Melbourne.

SCO vs SIX Head to Head: 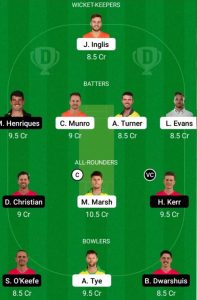 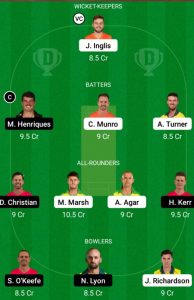 NOTE: While selecting your team, consider the points and make your own decision and make sure to edit the team if there is some change after the toss when playing xi is announced. So, taking help from the above post make SCO vs SIX Dream 11 Fantasy Team Prediction.