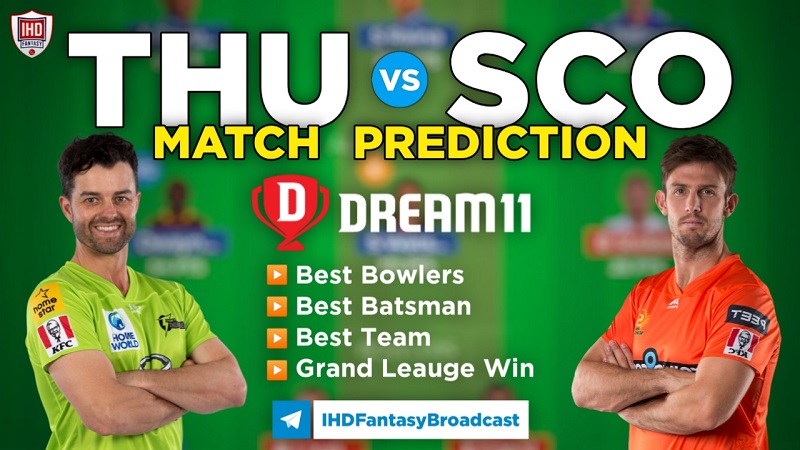 Pre Info: The 34th match will be played between Perth Scorchers vs Sydney Thunder in Perth Stadium, Perth.

They already played a match in this BBL season where Sydney won the toss and decided to bowl first. In the first inning Perth only able to score 152 runs in 20 over by the loss of 5 wickets. In the second inning, Sydney beat the score in 19.3 overs and won the match by 7 wickets.

Perth Scorchers played his previous match against Sydney Sixers where Perth won the match by 86 runs. Mitchell Marsh and Colin Munro are the best performers in the match.

On the other hand, Sydney Thunder played 8 matches in this BBL season where they won 6 of them. They played his previous match Hobart Hurricanes where Sydney Thunder won the match by 39 runs. Usman Khawaja and Alex Ross are the best performers in the match. 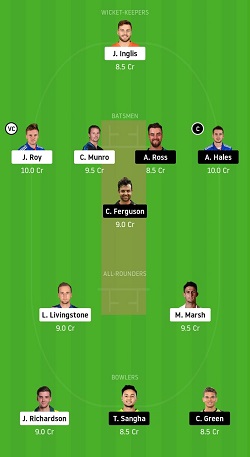 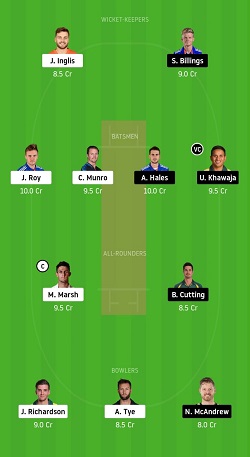 NOTE:
While selecting your team, consider the points and make your own decision and make sure to edit the team if there is some change after the toss when playing xi is announced. So, taking help from the above post make SCO vs THU Dream11 Team Prediction.