Pre Info: The Final match will be played between Sydney Sixers vs Perth Scorchers in Sydney Cricket Ground, Sydney. 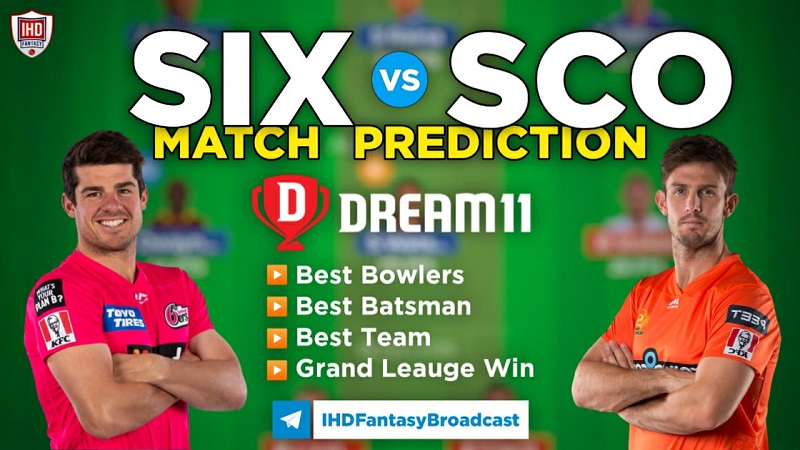 Sydney Sixers is performing top-notch in this BBL Season. They played a total of 14 matches where they won 9 of them. Currently, they are in the top position in this tournament. Sixers played his last match against Perth Scorchers where they won the match by 9 wickets.

On the other hand, Perth Scorchers lately performing pretty well in the Tournament. They played a total of 14 matches where they won 8 of them. Currently, they are in the 2nd position in this tournament. Perth played his last match against Brisbane Heat where they won the match by 49 runs using the DLS method.

Mostly, we all play at Dream11 App and getting fewer results than expected, We at IHD Fantasy are now providing MyTeam11, BalleBaazi, PlayerzPot Team On a regular basis on Telegram Channel and On Blogs.

Currently, MyTeam11 App is the no.2 Fantasy App in India after Dream11, We will provide the regular team of Myteam11 On Telegram and Blog. 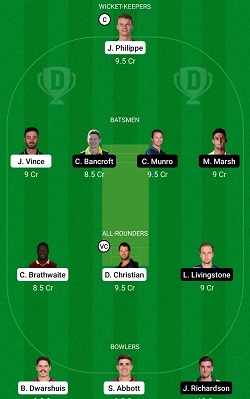 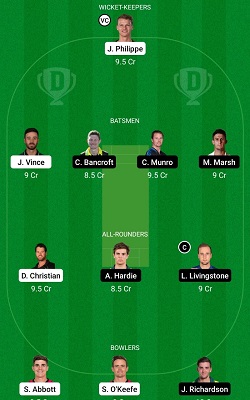 While selecting your team, consider the points and make your own decision and make sure to edit the team if there is some change after the toss when playing xi is announced. So, taking the help from the above post make SIX vs SCO Dream11 Team.