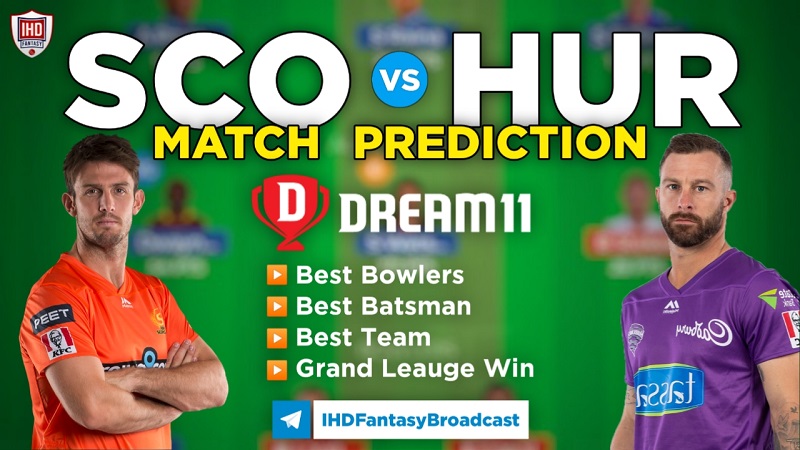 Pre Info: The 47th match will be played between Hobart Hurricanes vs Perth Scorchers in Docklands Stadium, Melbourne.

They already played a match in this BBL season where Hobart Hurricanes won the toss and opt to bat first and scored 139 runs in 20 overs. D Arcy Short and Tim David is the best performer of the match. In the second inning, Perth Scorchers beat the score in 16.2 overs by the loss of 1 wicket. Jason Roy and Liam Livingstone are the best performers of the match.

Hobart Hurricanes are performing pretty well since the start of the BBL season. At first, Hobart wins 2 matches one by one but after that, they lose the 3rd match. The overall performance of the team is pretty normal. But the last 2 matches do not go well for the team they lost both of them. In order to remain in the current position, they have to win today’s match. Currently, they are in the 6th position with 23 points.

On the other hand, Perth Scorchers did not perform well at the beginning of the league they lost 3 matches one after another and the 4th match will be abandoned due to rain. But after the 4th match, Perth starts his winning streak and won all of the matches till now. As for now, the team’s performance looks promising and they might be able to qualify for the qualifier matches. Currently, they are in the 2nd position in this tournament with 24 points. 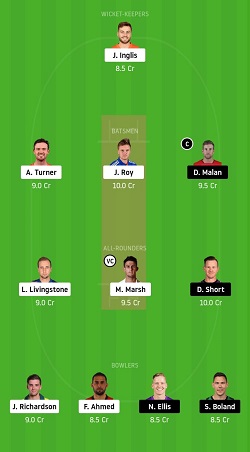 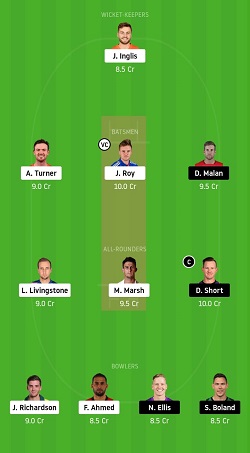 While selecting your team, consider the points and make your own decision and make sure to edit the team if there is some change after the toss when playing xi is announced. So, taking help from the above post make HUR vs SCO Dream11 Team Prediction.