SA vs AUS Dream11 Prediction
Pre Info: The 3rd ODI match will be played between South Africa Vs Australia in Senwes Park, Potchefstroom. In the previous match, Australia won the toss and decided to bat first. Where they scored 271 runs in 50 overs. in the second inning, South Africa Beat that scored 48.3 overs and the match by  6 wickets. 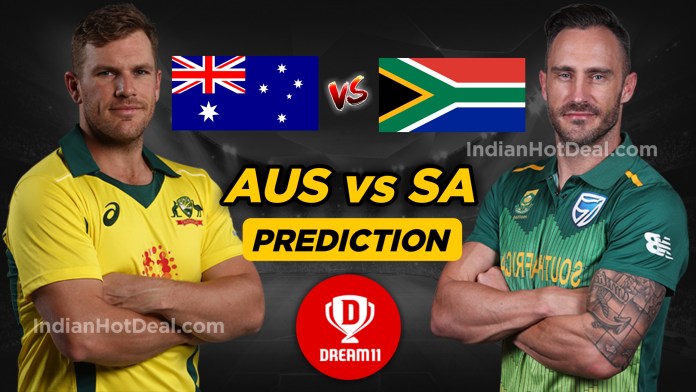 The track at Senwes Park, Potchefstroom usually goes in the favor of spinners as far as international games are concerned. However, the fast bowlers will not get much assistance from the wicket. 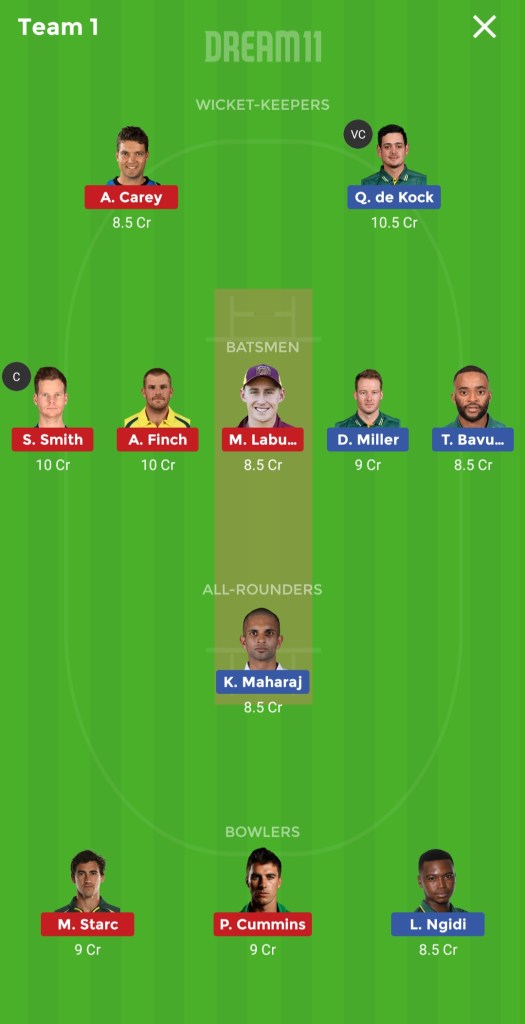 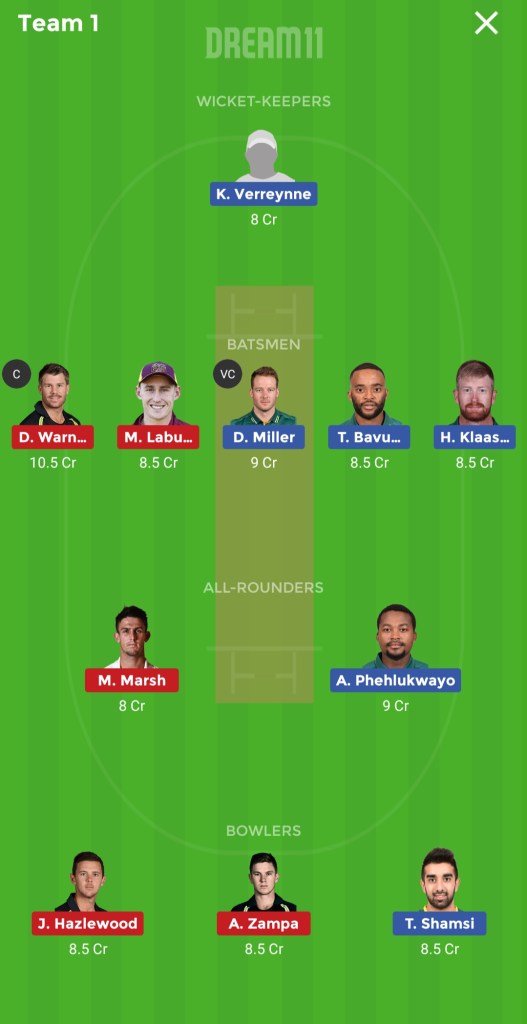 NOTE:
While selecting your team, consider the points and make your own decision and make sure to edit the team if there is some change after the toss when playing xi is announced. So, taking the help from the above post make SA vs AUS Dream11 team prediction
Courtesy: https://ihdfantasy.com  | Join Telegram Channel | Youtube Channel