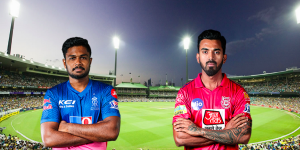 Pre Info: Rajasthan Royals and Punjab Kings are two teams who played the role of bottom-dwellers in the last couple of seasons, but have made some interesting changes for this season. The Royals have made Sanju Samson, a player who has been with the franchise for a long time, their captain. They have also added to their balance by signing Chris Morris, as he is a player that can win matches both with his batting and his bowling.

Punjab Kings lacked bowling firepower last season, something that should not be a problem for them this year, as they have added two talented Aussie pace guns in Jhye Richardson and Riley Meredith. All of that being said, it will come down to the execution of game plans, which will make the difference between the two sides.

The pitch at Wankhede is always a wonderland for the batsmen and hell for the bowlers, which was evident once again in the second game of the season. Anything under 180 is a below-par total here.

RR vs PBKS Head to Head: 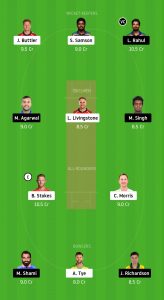 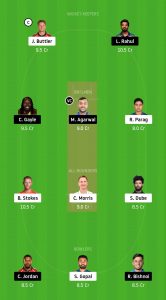 NOTE: While selecting your team, consider the points and make your own decision and make sure to edit the team if there is some change after the toss when playing xi is announced. So, taking help from the above post make CSK vs DC Dream 11 Fantasy Team Prediction.