Rishab Pant is becoming the centre of all the discussions in the ongoing 3rd Test of the Border-Gavaskar Trophy. Also, that too for all the wrong reasons. The young wicket-keeper batsman from Delhi had a poor time in SCG in the first day of the test match.

Questions have often been raised on Pant’s keeping abilities and the cricketer again failed to justify his place in India’s squad as the first-choice wicketkeeper. 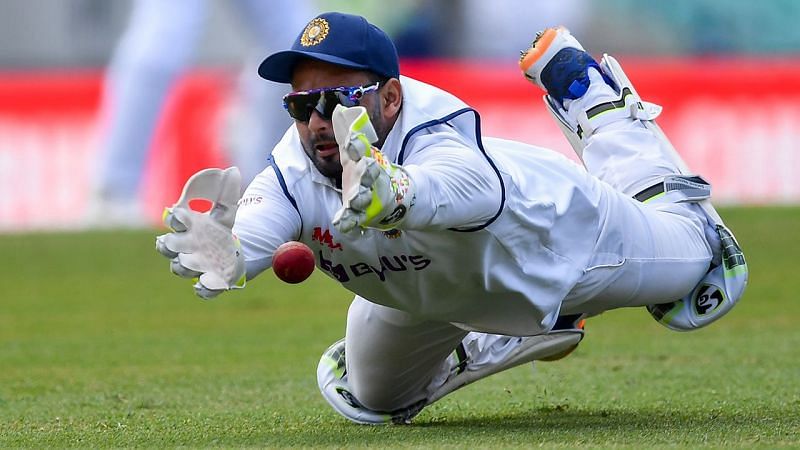 Rishabh Pant’s horrific performance behind the stumps gave two lifelines to Australia’s debutant opening batsman Will Pucovski. In the last ball of the 22nd over of the opening day’s play, Pant couldn’t hold on to a sharp chance off Ravi Ashwin’s bowling. Will got an outside edge in a full length delivery by Ashwin but much to the frustration of the visitors, Pant dropped a regular catch.

Things got even worse when Pant dropped another catch of the same batsman after 3 overs. Pucovski had played a bad shot on the ultimate ball of the 26th over and the visitors were confident of sending the opener back to the pavilion but Rishabh Pant again failed to get hold of the ball. As big as the insult to this injury, the debutant went on to play a decent knock of 62 runs.

This led to many fans and legends criticizing Pant for his poor catching skills.

This is what Sanjay Manjrekar had to say when people asked why Pant is part of the Playing XI:

“In the commentators lounge, there is a raging debate about Rishabh Pant. And the majority feeling is that he is a good batsman because of which he is playing, and there is no doubt who is the better keeper between Saha and Pant,” said Manjrekar.

Pragyan Ojha also shared his views on the popular discussion going on today :

“That catch dropped by Rishabh Pant…I think India had the plan right [against Pucovski], they bombed him. But if you drop those catches, especially on a wicket that is so good to bat on and a day 1 wicket then things are totally different [from what was planned],” Ojha said.

“That’s the reason I said Wriddhiman Saha was very important. He’s the No.1 wicketkeeper for you. You have to back him. You know always – the process. Yes, Rishabh Pant is a brilliant batsman but taking catches, getting those 50-50 chances, stumpings, everything behind the stumps. Those things are also important especially when you’re playing against sides like Australia,” he added.

“Pant has Dropped More Catches then He has Taken” – Ricky Ponting

“The ones (dropped catches) today are two that should be taken, simple as that. It’s probably lucky for Rishabh that Pucovski didn’t go on and make a big hundred or a double hundred and looking at the wicket, it looks like an unbelievable surface,” Ponting said.

“I’m sure when Rishabh put those catches down, he would have thought the worst and ‘here we go, he’s really going to make me pay’ but (Pucovski) didn’t today. Since his debut in Test cricket, he’s dropped more catches than any other keeper in the world. That highlights he has got some work to do with his keeping,” he added.