Pre Info: The 25th match of BBL 2020-21 will be played between Perth Scorchers vs Melbourne Renegades in Perth Stadium, Perth.

Perth Scorchers is not performing well as they performed in the previous BBL season. They played a total of 5 matches till now and manage to win a single match which he not good for the team. Perth Scorchers has some of the talented player on the team but they are not playing to their full potential. which is the reason for losing the match. But they won the previous match against Adelaide Strikers by 7 wickets that increase the confidence of the team. They might also able to win the next match because Melbourne Renegades also not performing as they used to perform.

On the other hand, Melbourne Renegades is also not performing good in this season. They were only able to win a single match out of 6 matches. No one expected this performance from Renegades after having some experienced players like Aaron Finch, Shaun Marsh, Rossouw, and Sam Harper. These players are well known for batting however the main reason for losing the match is having a less experienced bowler expect Nabi who is pretty famous for his bowling style. The Team has to focus on his bowler for winning the match. 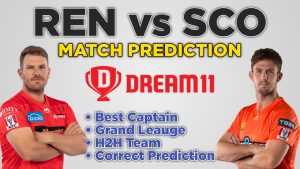 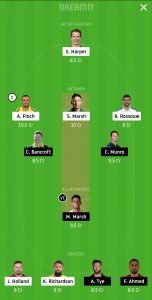 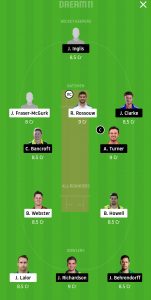 While selecting your team, consider the points and make your own decision and make sure to edit the team if there is some change after the toss when playing xi is announced. So, taking the help from the above post make SCO vs REN Dream11 Team Prediction.