R Ashwin has once again left everyone impressed after his wonderful show in the second innings against Somerset in the ongoing County championship in England. Ashwin completely demolished the Somerset batting line up after taking 6 wickets in just 15 overs.

After not having a good start in the first innings where he took a solitary wicket for 99 runs in 43 overs, Ashwin was given the opportunity to open the bowling for his team Surrey. He was looking quite good right from the start and got his first success in the second innings in the form of Steven Davis who was dismissed for 7 runs. 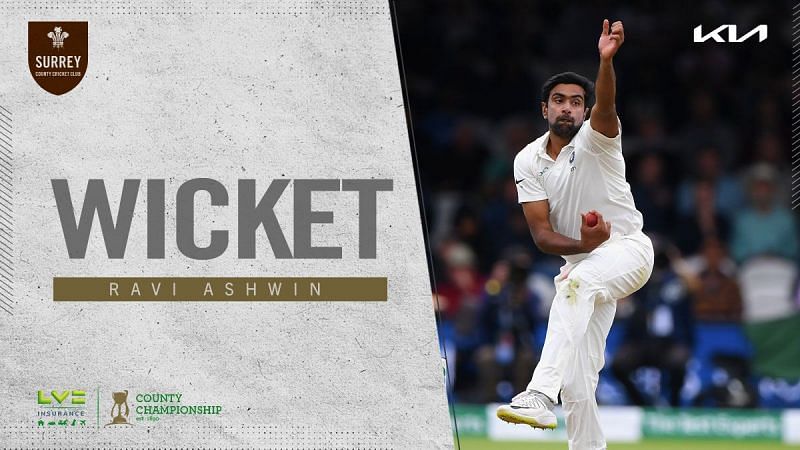 Ashwin finished with amazing figures of 6/27 runs and was assisted by his spinning partner Daniel Moriarty, left-arm orthodox spinner who took the remaining 4 wickets.

In the first innings, Somerset managed to put in a massive score of 429 due to their skipper James Hildreth(107) playing a captain’s knock to help his team reach a good total.

In reply, the whole Surrey team went to the pavilion for just 240 runs and left Somerset with a 189-run lead. For the victors, Jack Leach was the leading wicket taker with as many as 6 dismissals under his belt.

Ashwin, however, had a bad first outing when it came to batting too as the Tamil Nadu all-rounder was dismissed for a golden duck.