So some reports from the insider sources in the BCCI are of the opinion that the ‘rift’ that was going on between skipper Virat Kohli and vice-captain of the Indian cricket team Rohit Sharma has finally come to an end. This became pretty big in the last 2 years and speculations were formed everyday on the social media.

However, the India-England series that has just concluded played across 3 months in isolated bio-secure bubbles, has apparently brought about a turnaround in the duo’s equation. 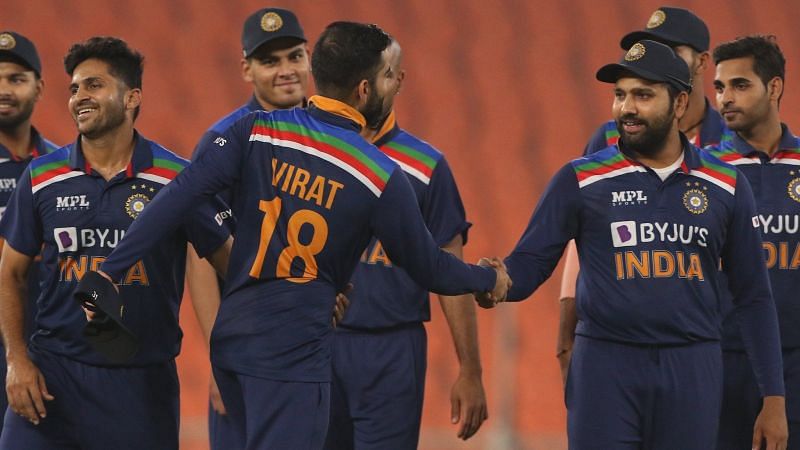 According to a report in the Times of India, aided by the Ravi Shastri-led team management, Virat Kohli and Rohit Sharma have “talked out” their differences over the past few months. The duo are now more in ‘sync’ and understand the importance of their camaraderie for the team’s benefit.

A TOI source is quoted as saying in the report:

“Apart from winning two big series, that’s been the biggest gain inside the Team India dressing room. A great deal of personal bonding has happened in recent weeks and they’re more in sync now than ever with regards to their cricket, the team, their responsibilities and the upcoming challenges. They understand now, more than ever, that the team will only benefit if they find themselves on the same page. This has been the biggest takeaway in the last four months.”

The source further went on to say that the outside noise was only louring up the disagreements between Virat Kohli and Rohit Sharma. However, there is now a visible ‘clarity’ between the two.

“All the chatter from the outside was causing too much bitterness and all the hearsay was making things worse. It’s been the story of Indian cricket for far too long – of vested interests time and again taking advantage of rivalries between players. Like all professionals, Virat and Rohit too would have their disagreements from time to time. But until recently, they never thought of sitting down and talking it out with the kind of clarity that is now visible,” the source concluded.