Former Indian Head Coach Ravi Shastri has also left his remarks on the recent infamous controversy and miscommunication that is going on between the Indian skipper Virat Kohli and the BCCI.

Ravi has said that Kohli has expressed his part of the situation pretty loud and clear, and it is now tine for the BCCI President Sourav Ganguly to express his side of things.

It all started when Virat Kohli had contradicted Sourav Ganguly’s comments during a virtual presser ahead of the the South African Tour.

Rohit Should be the ODI Captain- Ravi Shastri

Shastri also feels that the selection committee’s decision to appoint Rohit Sharma as the Indian ODI skipper was right but the situation could have been handled and communicated in a better way.

“Virat without a shadow of doubt should be Test captain.  Look at what he has done – no captain in the world leads with that kind of passion.” He went on to admit that he “see a lot of myself in Virat”.

“My relationship with Virat was fantastic, two like-minded people going about their job. I see a lot of myself in Virat, drive, hunger and self-confidence,” he added. 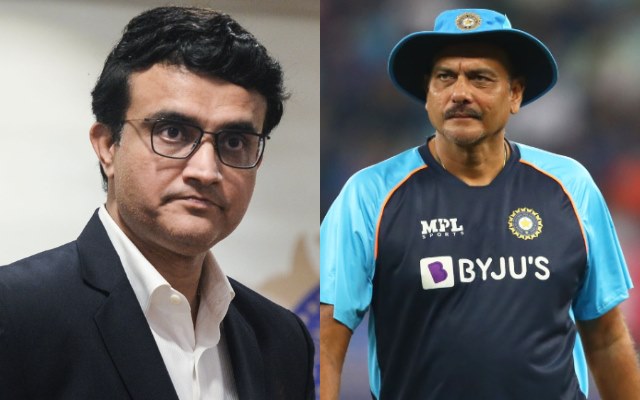 On being asked for his take on Sourav Ganguly, he said: “I see no residue. Just events and you react to those events. That aside, we are cricketers. Both of us know the game. That does not mean we will agree on anything. Interacted with Ganguly many times. With good communication, the Indian team situation can be handled better.”- Concluded Ravi Shastri