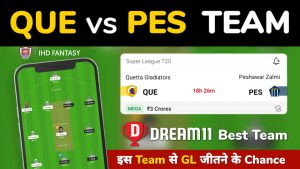 Another lossing match for Quetta Gladiators in their previous match against Islamabad United. They got defeated brutally by 10 wickets and from here things are very critical for Quetta Gladiators.  They need to win all of their upcoming matches to uplift their team otherwise they gonna be disqualified from Qualifiers round.Their batting unit is a bit weak and indeed they need to work on it.

On the other hand, Peshawar Zalmi has performed balanced throughout the tournament till now. They Currently they have 3 wins and 3 lose out of 6 games they’ve played. They are at the 4th spot right now and this is very crucial match for them inorder to improve their position. They lopst their previus match against Lahore Qalandars by mere 10 runs.

The 19th match of Pakistan Premiere League (PSL 2021) will be played between Quetta Gladiators vs Peshawar Zalmi at Sheikh Zayed Stadium, Abu Dhabi.

QUE vs PES Head to Head: 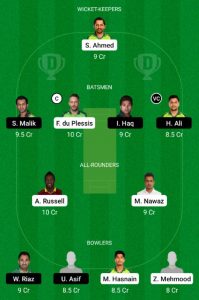 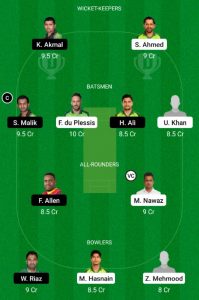 NOTE: While selecting your team, consider the points and make your own decision and make sure to edit the team if there is some change after the toss when playing xi is announced. So, taking help from the above post make QUE vs PES Dream 11 Fantasy Team Prediction.