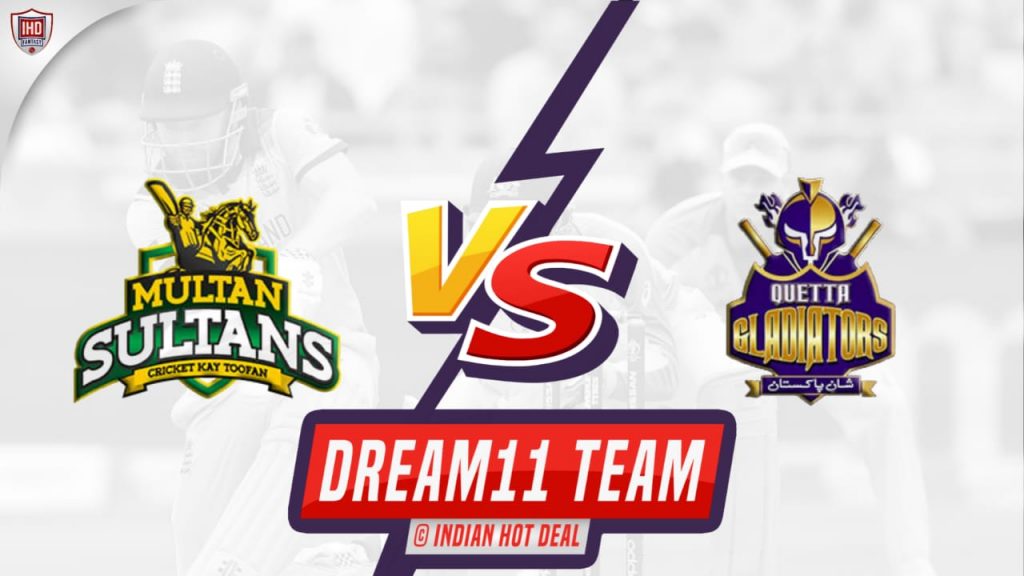 QUE vs MUL Dream11 Team Pre Info: The 7th match of Pakistan Super League 2022 will be played between Quetta Gladiators vs Multan Sultans at the venue of National Stadium, Karachi.

Quetta Gladiators have registered the victory against the Karachi kings by 8 wickets & made a strong comeback by stopping them at 113 runs.  Ahsan Ali scored 52 runs for the team whereas Naseem Shah took 5 precious wickets. To keep wining like they need to keep up their performance like this.

Whereas, Multan Sultans are on top of the point table by 4 points after wining all the 2 matches of the league.  In their previous match they chased down the target of 206 against Lahore Qalandars.  Shaan Masood and Mohammad Rizwan scored 83 and 69 runs respectively for the team. Now they looking forward to make a winning hattrick by wining the the upcoming match.

The 7th match of the Pakistan Super League 2022 will be played between Quetta Gladiators vs Multan Sultans at the National Stadium, Karachi.

QUE vs MUL Head to Head: 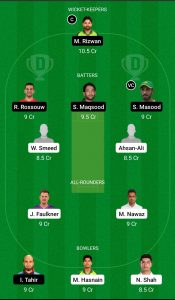 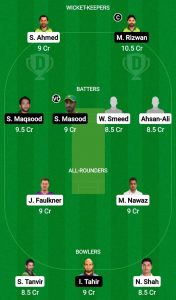 NOTE: While selecting your team, consider the points and make your own decision and make sure to edit the team if there is some change after the toss when playing xi is announced. So, taking help from the above post make QUE vs MUL Dream 11 Fantasy Team Prediction.