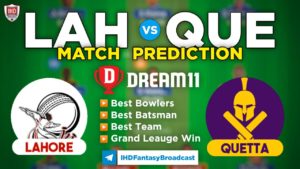 QUE vs LAH Dream11 Team Pre Info: The 15th match of Pakistan Super League 2022 will be played between Quetta Gladiators vs Lahore Qalandars at the venue of National Stadium, Karachi.

Quetta Gladiators are struggling badly and they have already lost 3 out of their 4 matches which have dragged them to the danger zone but Gladiators have to make a strong comeback if they want to reach the playoffs Quetta’s bowling looked really off-colored in the previous match which cost them 2 points and they have to work on it their batting lineup is pretty solid but batters have to take responsibility if Quetta wants to grab 2 points here.

On the other hand, Lahore Qalandars started their Pakistan Super League 2022 campaign with a defeat but they recovered pretty well and they have won all their matches since then everything is going in Lahore’s favor their team is looking really balanced and they are performing really well currently Lahore is on the 3rd spot with 6 points in 4 matches and they will be eying 2 points here to get to the 2nd spot on the points table.

The 15th match of the Pakistan Super League 2022 will be played between Quetta Gladiators vs Lahore Qalandars at the National Stadium, Karachi.

QUE vs LAH Head to Head: 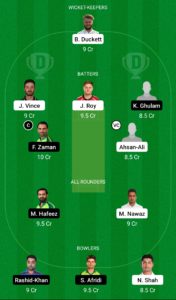 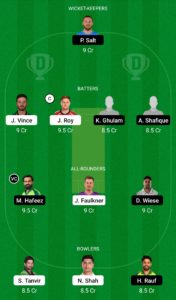 NOTE: While selecting your team, consider the points and make your own decision and make sure to edit the team if there is some change after the toss when playing xi is announced. So, taking help from the above post make QUE vs LAH Dream 11 Fantasy Team Prediction.