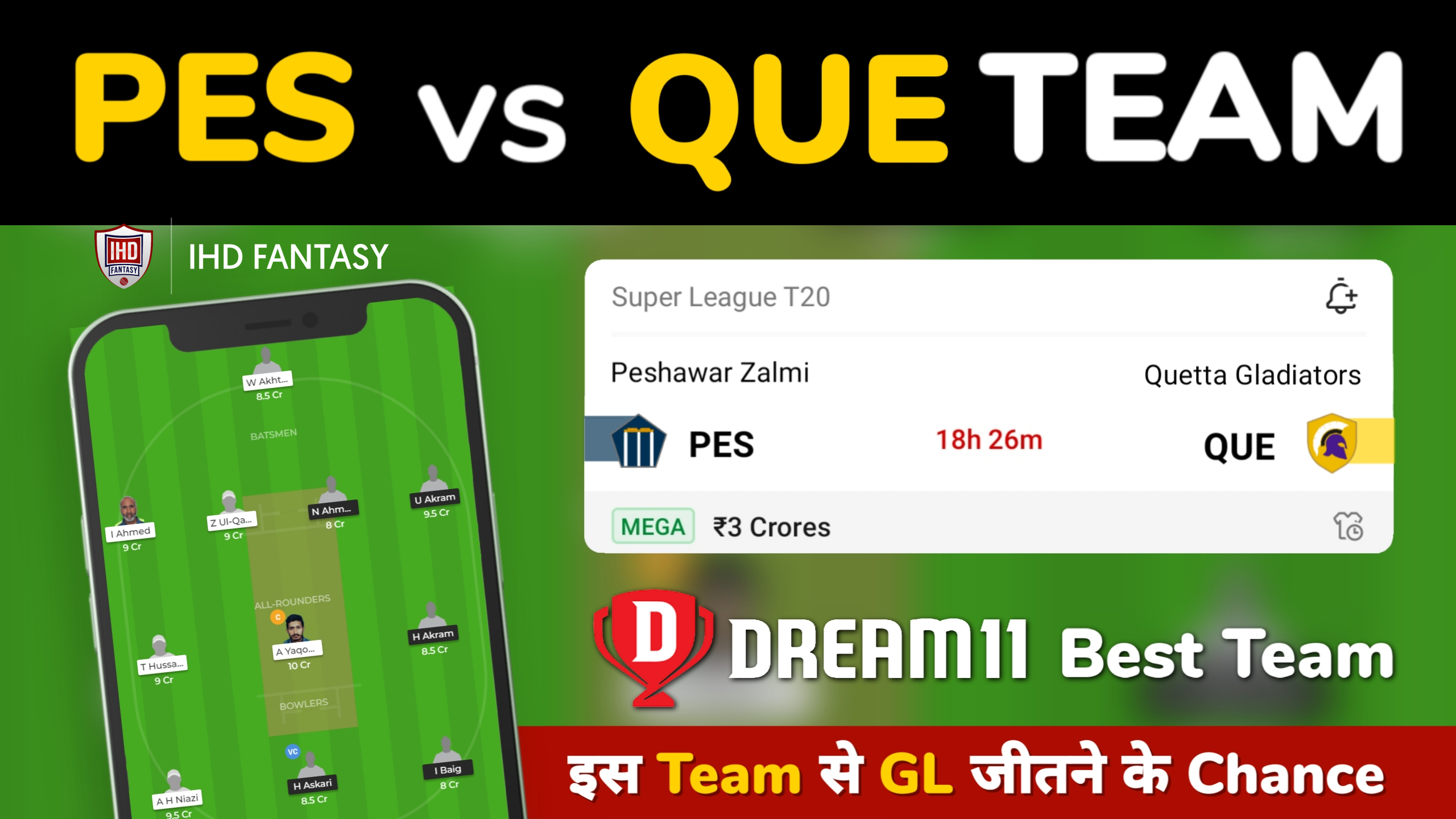 PES vs QUE Dream11 Pre INFO: The 8th match of the Pakistan Super League 2021 will be played between Peshawar Zalmi and Quetta Gladiators at the National Stadium, Karachi.

Peshawar Zalmi has won their previous game against Multan Sultans after facing a defeat in their opening match. In the match, while chasing a huge total of 193, Imam-ul-Haq and Tom Kohler-Cadmore played innings of 48 and 53 respectively to secure their first victory of the season.

On the other hand, Quetta Gladiators have lost their first two games of the season. The team is currently at the bottom of the points table. In their previous match, they failed to defend 178 against Lahore Qalandars as a result they faced a 9 wickets defeat.

PES vs QUE Head to Head:

While selecting your team, consider the points and make your own decision and make sure to edit the team if there is some change after the toss when playing xi is announced. So, taking the help from above post make PES vs QUE Dream11 Team.