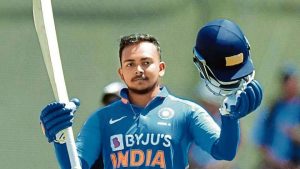 It won’t be wrong if we call Prithvi a “born star”. Born in Mumbai, Prithvi was just 3 when he started playing cricket a year before the death of his mother. Prithvi caught the attention of the world when he hammered a humongous score of 546 for his school team Rizvi Springfield at the age of 14. It was the highest score in Indian school cricket at that time.

Coming from the proper cricketing route, Prithvi was given the opportunity to lead the India U-19 team in ICC U-19 world cup. He grabbed that opportunity with both hands and march India toward the final under the sheer guidance of Sir Rahul Dravid. Shaw contributed extraordinarily with the bat, scored 261 runs at an average of 65.00 with 2 fifties in the winning campaign. He was even invited to England to play club cricket.

His outstanding run with the bat earned him a spot in Delhi Daredevils in IPL 2018 where he was picked up in INR 2.5 crores. With this Shaw became the youngest player to open the batting in the Indian Premier League IPL history at the age of just 18.he hit six boundaries off Shivam Mavi in the first over of the Delhi innings in IPL 2021. After this Shaw was picked up by Indian selectors for test series against west indies. He scored a century in his debut innings and announced his arrival in the international arena. 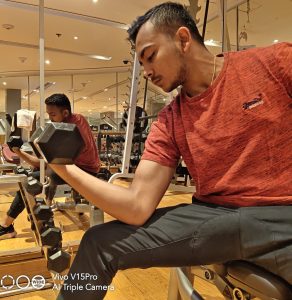 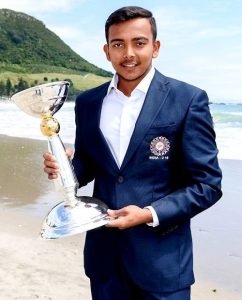 Controversies did by Prithvi Shaw

The All Out Cricket Post Interview of Prithvi Shaw

I hope you guys will love the article about Prithvi Shaw biography, you can also check out more cricket news by clicking here, play fantasy cricket on dream11 to win some real cash.