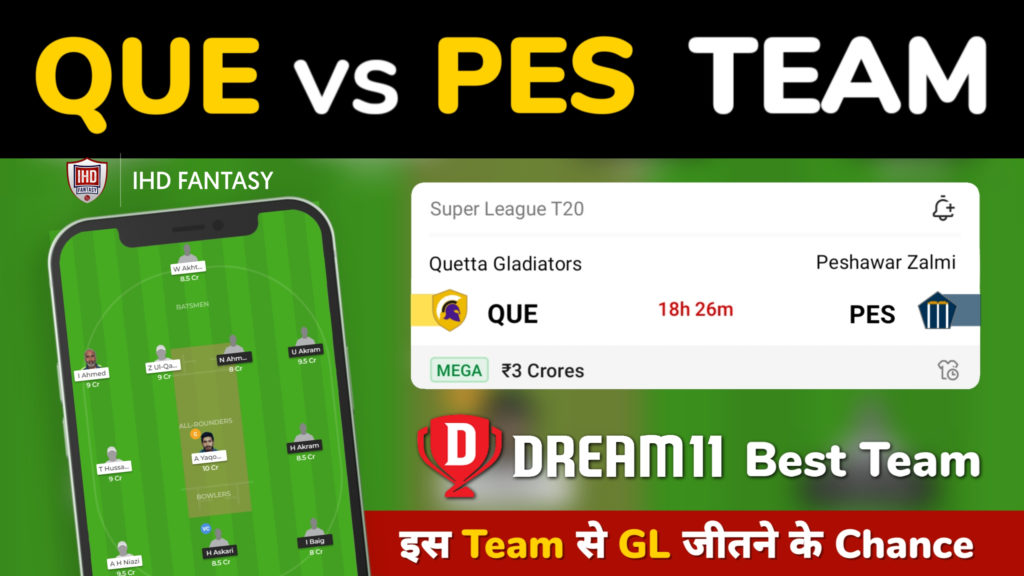 PES vs QUE Dream11 Team Pre Info: The 22nd match of Pakistan Super League 2022 will be played between Peshawar Zalmi vs Quetta Gladiators at the venue of Gaddafi Stadium, Lahore.

Peshawar Zalmi have won 3 matches from total of 7 they played and their performance is average till now in PSL. But they won their last match against Karachi Kings by 55 runs and they will like to keep going this winning momentum.

On the other hand, Quetta gladiators also have won just 3 matches out of 7 and they also lost their previous match against Lahore by 8 wickets and they will try to win this match and come back to winning momentum.

The 22nd match of the Pakistan Super League 2022 will be played between Peshawar Zalmi vs Quetta Gladiators at the Gaddafi Stadium, Lahore.

PES vs LAH Head to Head: NOTE: While selecting your team, consider the points and make your own decision and make sure to edit the team if there is some change after the toss when playing xi is announced. So, taking help from the above post make PES vs QUE Dream 11 Fantasy Team Prediction.