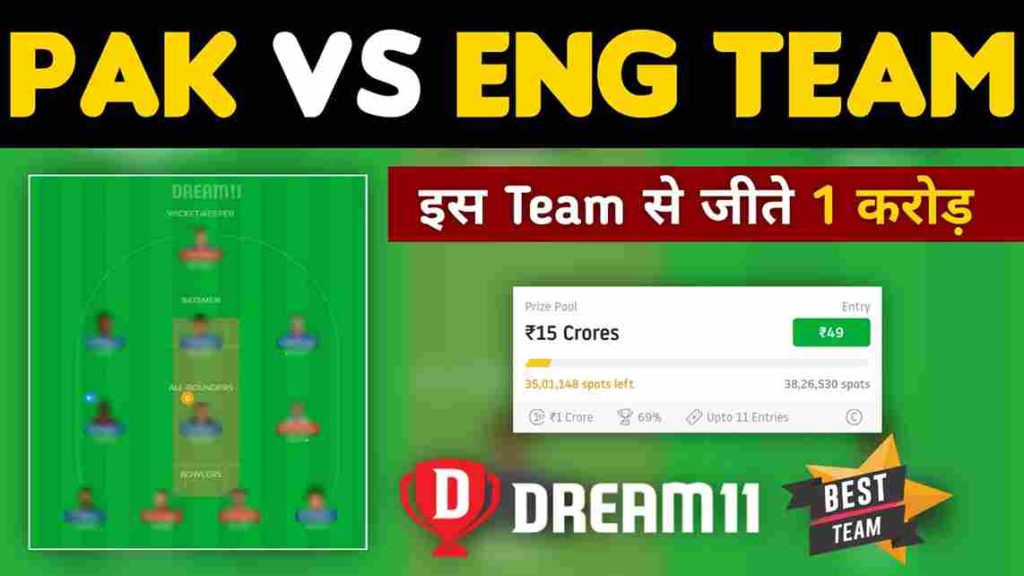 PAK vs ENG Dream11 Team Pre Info: The 1st test match of the three-match test series between Pakistan vs England will be played at the venue of the Rawalpindi Cricket Stadium, Rawalpindi.

This is probably the biggest test series Pakistan is going to host in the recent times as England is coming in this series with their full squad which is a really good sign for the cricket fans of Pakistan and they are finally going to witness English stars in front of them but Pakistan cricket team will be looking to get a perfect combination to bet England here an take a lead from the start.

On the other hand, England is going to play test cricket in Pakistan after 17 long year and this is their 1st test series after being crowned as T20 world champions. England has played their last test series against South Africa where they won the series by 2-1 with almost simmiler squad they do have a really good squad and England will like to go hard on Pakistan to get a winning start.

The 1st Test match of the three-match test series between Pakistan vs England will be played at Rawalpindi Cricket Stadium, Rawalpindi. 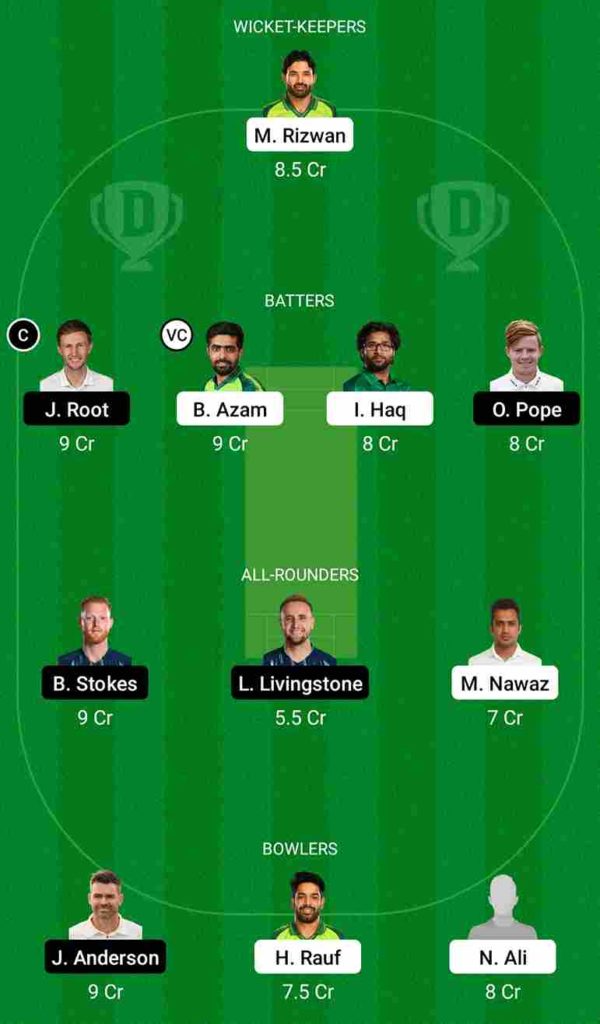 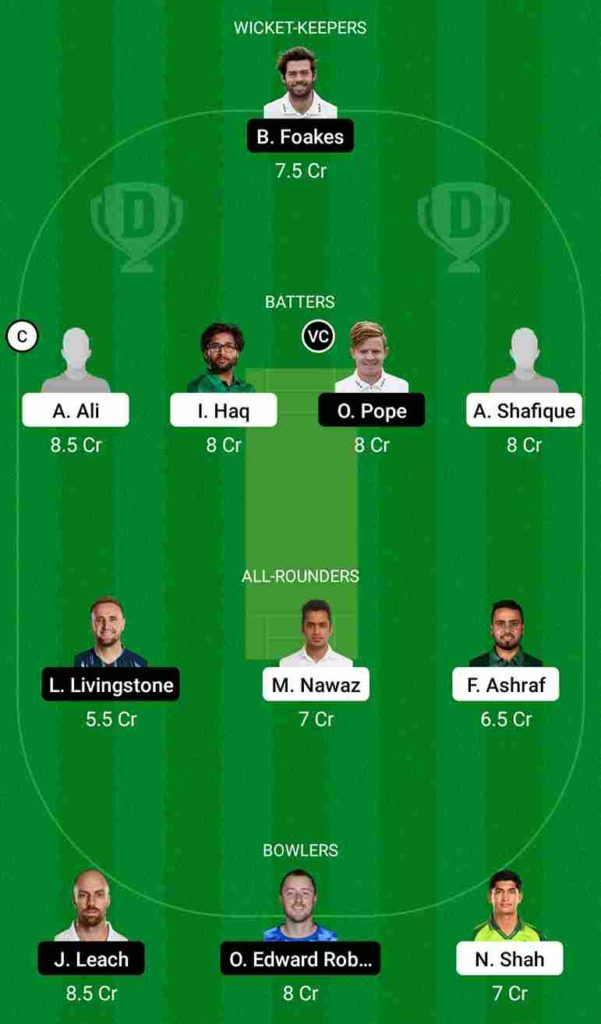 NOTE: While selecting your team, consider the points and make your own decision and make sure to edit the team if there is some change after the toss when playing xi is announced. So, taking help from the above post make PAK vs ENG Dream 11 Fantasy Team Prediction.