PAK vs AUS Dream11 Team Pre Info: The 2nd Semi Final match of the ICC T20 World Cup 2021 will be played between Pakistan vs Australia at the venue of Dubai International Cricket Stadium, Dubai.

Pakistan won 5 out of 5 matches in the group stage and they were the only team in the tournament who was unbeaten. Pakistan played this tournament very well and defeated teams like India and New Zealand too and now they will look to clinch another win and secure their place in finals of ICC T20 WC 2021.

Whereas, Australia also played very well in this world cup and won 4 out of 5 matches. They lost only one match in the tournament against England. Australia is the king,
when we talk about ODI world cup as they have won ODI world cup 5 times, most by any other country, but they are failed to win a T20 World cup trophy till now and this is the right time to end this drought of a T20 WC Trophy in Australian cabinet.

The 2nd Semi Final match of the ICC World Cup T20 2021 will be played between Pakistan vs Australia at the Dubai International Cricket Stadium, Dubai. 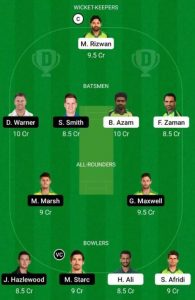 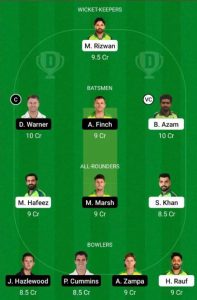