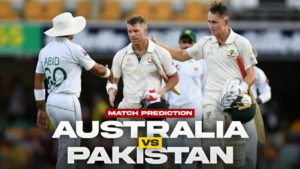 PAK vs AUS Dream11 Team Pre Info: The 2nd Test match of the Three-match Test series between Pakistan and Australia will be played at the venue of National Stadium, Karachi.

TAfter winning the toss, Pakistan posted 476/4 in 162 overs.  Aussies tried out many bowlers but most of them went in vain. Pakistan are expected to come out with a similar XI going into their next encounter. The hosts rarely put a wrong foot in the first Test and they would be expecting to put up similar performances with the wicket assisting them in Karachi.

On the other hand, Australia batters looked good enough to match Pakistan’s batters in the first innings. Spinner Nauman Ali extracted some spin from the dead surface, but it was too late for his side as the encounter ended in a draw.

The 2nd Test match of the Three-match Test series between Pakistan and Australia will be played at National Stadium, Karachi.