he Indian cricket team and the skipper Virat Kohli have been subjected to a lot of questions after India lost to England in the 3rd Test in Headingly. The main reason of all the criticism was the way the team lost after a comprehensive victory at Lord’s.

In the post-match press conference after the third Test match got over, Virat Kohli was subjected to a question on how the Indian batsmen should have approached the English bowling attack. 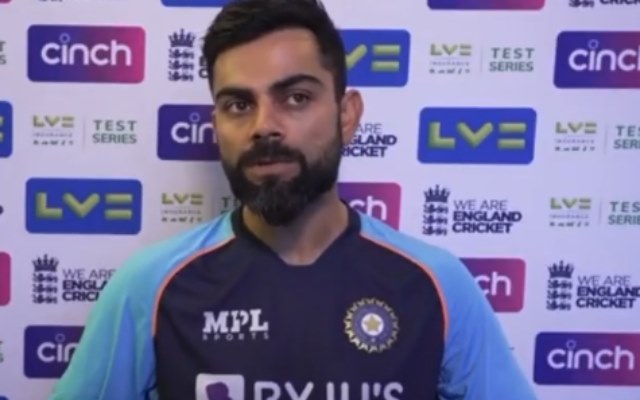 A reporter expressed that the England bowlers were bowling full and, on the pads, and when there was an opportunity to go on to the backfoot and offer shots, the Indian batters missed out on scoring a lot of runs. And to that, Kohli remarkably kept his cool, and simply replied ‘Okay Thanks’.

Here is the video of the same:

In a sense, it's a classic Twitter moment. Person with zero knowledge & zero self-awareness tries to give random gyan to actual practitioner.pic.twitter.com/P3FoLVxllD

Virat Kohli is known to be pretty clear and straight forward with his words even to the journalists and have been in the news for the same a few times. But this time around, the Indian skipper showed immense composure and replied with calmness.