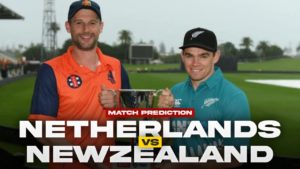 NZ vs NED Dream11 Team Pre Info: The 3rd ODI match of the 3 match ODI series between New Zealand vs Netherlands will be played at the venue of Seddon Park, Hamilton.

New Zealand is displayed their splendid performance and also they have won both matches. They struggled a bit. However the captain Tom Latham managed very well and made the target  of 265 runs for the opponent, which their bowlers successfully defended. They are looking forward to complete the series by 3 wins.

Whereas, the Netherlands has already lost the series by losing both matches. However they would want to avoid the situation of whitewash and win the 3rd ODI by good runs. It is difficult situation for them as this is their continues 5th time defeat in ODI series. So they have bounce back strongly just to elevate the morale and confidence of the team.

The 3rd ODI Match between New Zealand vs Netherlands will be played at the venue of Seddon Park, Hamilton. 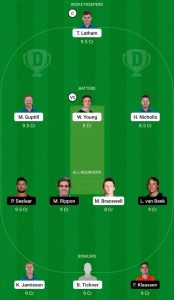 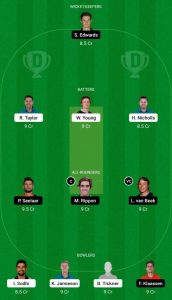