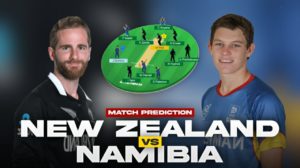 NZ vs NAM Dream11 Team Pre Info: The 36th match of the ICC T20 World Cup 2021 will be played between New Zealand vs Namibia at the venue of Sharjah Cricket Stadium, Sharjah.

New Zealand begin their tournament with a loss against Pakistan but, after that its impossible to stop them as, they have won 2 back to back matches and almost there to qualify for the knockout match against Namibia very strongly. its very much sure that New Zealand will win the upcoming match against Namibia as they are quite stronger than their opponent.

Whereas, Namibia is no where in the semi-finals of the tournament, but this tournament was really a great exposure for the team and also has been a really great landmark in their cricketing history and they have gained a lot of experience from their T20 WC 2021 campaign which will help Namibia cricket in future to improve. so that they return and win against the strong teams and may be the tournament too. However, they are also looking forward to win the match against New Zealand  and if this happens it will be a great achievement for them. still needs to work a lot on the team to win these types of tournaments against strong teams.

The 36th match of the ICC World Cup T20 2021 will be played between New Zealand vs Namibia at the Sharjah Cricket Stadium, Sharjah.

NZ vs NAM Head to Head: 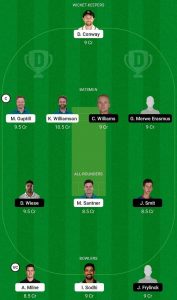 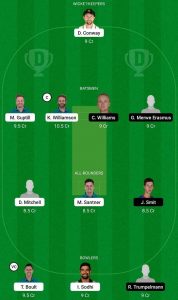 NOTE: While selecting your team, consider the points and make your own decision and make sure to edit the team if there is some change after the toss when playing xi is announced. So, taking help from the above post make NZ vs NAM Dream 11 Fantasy Team Prediction.