Pre Info: The 3rd and final T20 of the three-match series between New Zealand and Bangladesh will be played at the Eden Park, Auckland.
In the 2nd match, a big confusion was created because of the Duckworth Lewis Method. The visitors decided to bowl first after winning the toss. While put into bat the hosts innings interrupted at 173/5 in 17.5 overs due to rain. Glenn Phillips played an crucial knock of 58 runs.

While chasing, Bangladesh was first given a target of 148 in 16 overs but later the match referee reviewed it and gave the actual target of 170 runs in the second over of the innings. This happens first time in the history of cricket where chasing team was not aware of actual target.
Eventually, the visitors failed to chased and ended their innings at 142/7 as a result they lost the match by 28 runs.
On the other hand, New Zealand won the match and sealed the series by 2-0 with one match remaining they willl be looking for a clean sweep by winning the last match. 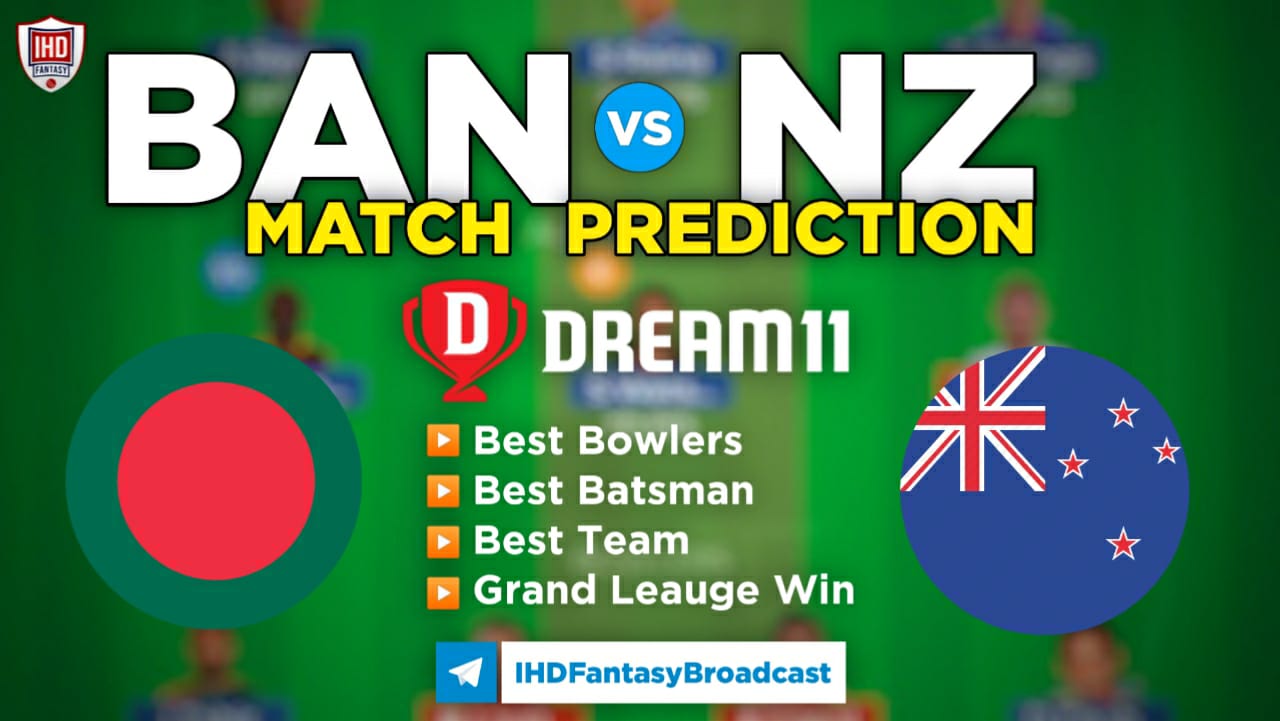 The track at the Eden Park is expected to be good for the pacers with some initial swings. The team may look to bowl first after winning the toss.

NZ vs BAN Head to Head: 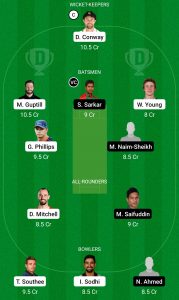 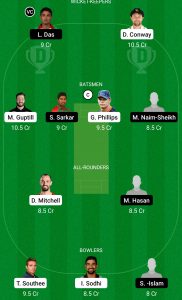 While selecting your team, consider the points and make your own decision and make sure to edit the team if there is some change after the toss when playing xi is announced. So, taking the help from above post make NZ vs BAN Dream11 Team.

About Abdhesh Gangwar 70 Articles
Abdhesh Gangwar is a young Blogger and CSE Student! He Loves Blogging in his part-time and majorly writes on Fantasy Apps on IHDFantasy.com Apart from this, He likes to spend his time playing piano and PCGames.