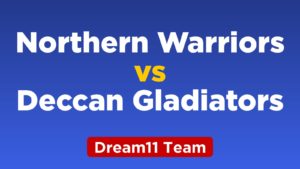 Northern Warriors entered the tournament as one of the strong favourites, but a lot of changes to their squad led them to lose all three encounters so far. They lost to Delhi Bulls, Team Abu Dhabi and Bangla Tigers on a trot and are on verge of elimination.

On the other hand, Deccan Gladiators started the tournament on a winning note over Chennai Braves but lost momentum against Team Abu Dhabi by four wickets. Later, they defeated tournament favourites Delhi Bulls and are looking pretty strong at the moment.

The 11th T10 Match will be played between Northern Warriors vs Deccan Gladiators at the Sheikh Zayed Cricket Stadium, Abu Dhabi. 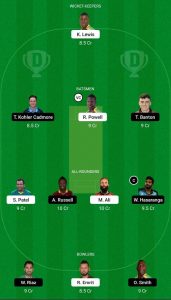 NOTE: While selecting your team, consider the points and make your own decision and make sure to edit the team if there is some change after the toss when playing xi is announced. So, taking help from the above post make NW vs DG Dream11 Fantasy Team Prediction.