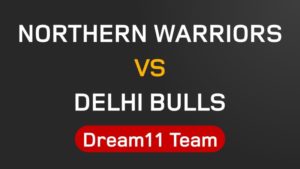 Delhi Bulls had a miserable last game against Deccan Gladiators as they lost by nine wickets. Northern Warriors also suffered a thumping defeat against the underdogs Bangla Tigers by five wickets. Both the teams are on a losing route and will aim to get back on the winning ways. Delhi Bulls have a successful season and a riding start to the league as they stand second in the table with three victories. Northern Warriors are on to a nightmare start as they lost all the three games played so far.

The 16th T10 Match will be played between Northern Warriors vs Delhi Bulls at the Sheikh Zayed Cricket Stadium, Abu Dhabi. 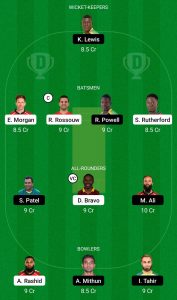 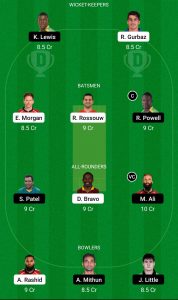 NOTE: While selecting your team, consider the points and make your own decision and make sure to edit the team if there is some change after the toss when playing xi is announced. So, taking help from the above post make NW vs DB Dream 11 Fantasy Team Prediction.