It is likely that the former Indian batsman Rahul Dravid will take over as the Head Coach of the Indian Cricket Team after the completion of the T20 World Cup. He will succeed Ravi Shastri, who earlier stated his wish to exit the post after the upcoming ICC T20 World Cup.

Earlier in the day, certain reports confirmed that Dravid will the coach, for two years until the 2023 ICC Cricket World Cup.

Formerly, Rahul was a bit reluctant to take up coaching on a full-time basis. But later a last-minute talk with BCCI president Sourav Ganguly and secretary Jay Shah changed his mind and he has reportedly agreed to be the Head coach of the team. 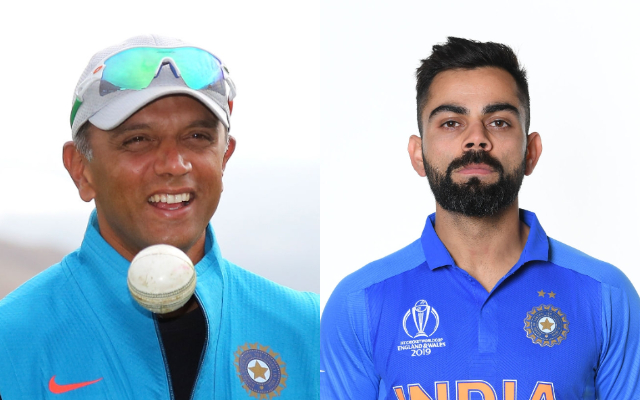 Skipper Virat Kohli, who was seen interacting with the media ahead of the global event, was asked about Dravid’s appointment as the Coach and whether he had an idea about it. The batsman replied by saying that he had no idea of what is going on on that level.

“No idea exactly what’s happening on that front. No detailed discussion with anyone yet,” Kohli said when asked about Dravid’s appointment,” Kohli said.

As of now, it is ascertained that Dravid will be with the team for two years. He is likely to be joined by bowling coach Paras Mhambrey. Batting coach Vikram Rathour will most probably retain his job.