Mumbai Indians is one of the most popular teams in the IPL. Mumbai Indian’s owned by Reliance Industries, The Team is lead by his most famous caption Rohit Sharma, Which is the best opener from India and the best player. Mumbai Indian’s Represents Mumbai, Maharastra which is the most famous state in India. The team was founded on 12 January 2008 and they won a total of 4 seasons of IPL since 2008. They also won the previous season of IPL. 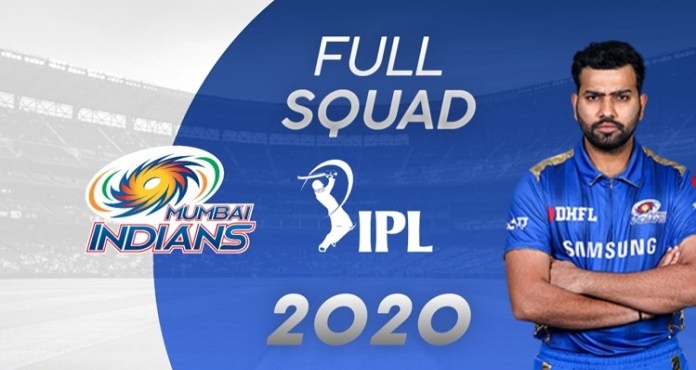 he is generally known for his batting and is an Indian opener. He has played 188 matches till now in his IPL career, scored 4898 runs with 431 fours and 194 sixes. Rohit Sharma is the caption of Mumbai Indian.

he has come into IPL in 2015 and elected directly by Mumbai Indians. He is an excellent Batter as well as A good Bowler.

he is a right-arm bowler. He is in Mumbai Indians since 2013. Jasprit Bumrah is the main bowler for team India.

he joined IPL in 2017, and he is elected twice in Mumbai Indians 2017 and again in 2019. He has played 16 matches and has taken 15 wickets. Rahul Chahar did not play many matches but he is a good bowler with much more potential

he came into IPL in 2019. He Only played 1 match in the previous Season and took 1 wicket.

he is a South African player his primary role is wicket keeping. He has played 16 matches for Mumbai Indians and has scored 529 runs.

he also came into the team in 2009 and is mainly known for his bowling style. He has taken 170 wickets in 122 matches. He is an extremely dangerous bowler for the other teams.

Some Of The Newly Joined Players Of MI: