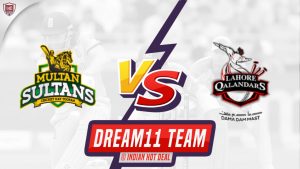 MUL vs LAH Dream11 Team Pre Info: The qualifier match of Pakistan Super League 2022 will be played between Multan Sultans vs Lahore Qalandars at the venue of Gaddafi Stadium, Lahore.

Multan Sultan have been top performer of the league since it has started & they very well deserve the position as they have 9 matches out 10 & topped the point table by 18 points. All the team players really played well & in total made a balanced & strong team. The only match which Multan Sultans have lost was  against Lahore Qalandars & now they will again face each other for a match. So this will be exciting that who wins this, as both teams are at par.

Whereas, Lahore Qalandars top 2nd position with 12 points on points table holder s is a very strong team but lost previous match by inches against Peshawar Zalmi. But they wont be much disappointed with their performance as Lahore Qalandars is playing really good cricket since the star.  They have once defeated the Multan Sultans in earlier PSL 2022 Matches & they have their home advantage, so this may boost their confident which may lead them to win this match. Although both the teams are very strong, played well & deserve to win so this will be fight of equals & it will be exciting match for audience & challenging for the teams.

The qualifier of the PSL 2022 will be played between Multan Sultans vs Lahore Qalandars at the Gaddafi Stadium, Lahore.

MUL vs LAH Head to Head: 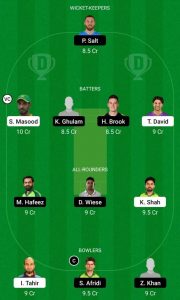 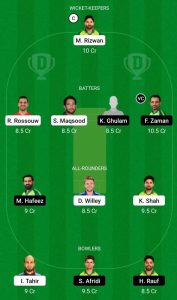 NOTE: While selecting your team, consider the points and make your own decision and make sure to edit the team if there is some change after the toss when playing xi is announced. So, taking help from the above post make MUL vs LAH Dream 11 Fantasy Team Prediction.