Former Australian skipper Michael Clarke has applauded Chesteswar Pujara for his superb run in the Border-Gavaskar Trophy. So much so that he compared the batting maestro to Rahul Dravid. Now, how amazing a player you have to be, to be compared to ‘The Wall’ himself! 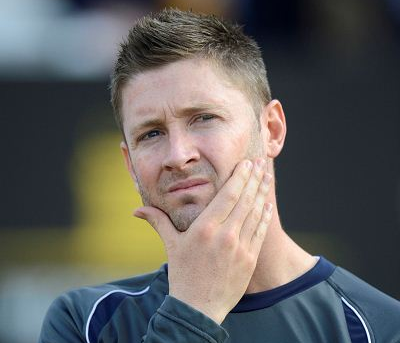 Clarke described that Pujara had made his wicket a prize for the Australians.

“Well, he (Cheteshwar Pujara) is Rahul Dravid all over again. Isn’t he? Well, I was lucky enough to play against the Great Wall. Very similar parts to Pujara’s game. He is very tough, he doesn’t give it away,” Michael Clarke said.

Cheteshwar Pujara was severely criticized for his ‘slow batting’ during the recently-concluded series. There was also talk about Pat Cummins having the wood over the right-hander.

However, Clarke credited Pujara for sticking to the basics and backing his natural game despite the external scrutiny. Here’s what the 39-year told to Sports Today.

“He has copped criticism, people were saying Cummins had his measure but they just couldn’t get him out. He copped everything but he didn’t change his natural game. That’s why he deserves so much credit,” he further added.“You know players don’t take him for granted. They love him being in the group. They know how important he is. In a cricketing world where everyone wants fours and sixes, there is still a role for a player like Pujara. He played a huge role in not only India winning the Gabba Test but once again India having success in these conditions,” Michael Clarke ended.