KAR vs QUE Dream11 Prediction
Pre Info: The 6th edition of the Pakistan Super League is all set to start from 20th February, Saturday. The defending champion Karachi Kings and the Quetta Gladiators will face-off in the season opener. The match will be played at the venue of National Stadium, Karachi. Both teams have won the PSL title once.

In the last season, Quetta Gladiators won both league matches against the Karachi Kings. They had finished 5th on the points table by winning 4 out of their 10 games and failed to register their name for the playoffs.
On the other hand, Karachi Kings had won the title last year by defeating Lahore Qalandars in the final and will be trying hard to save the title. 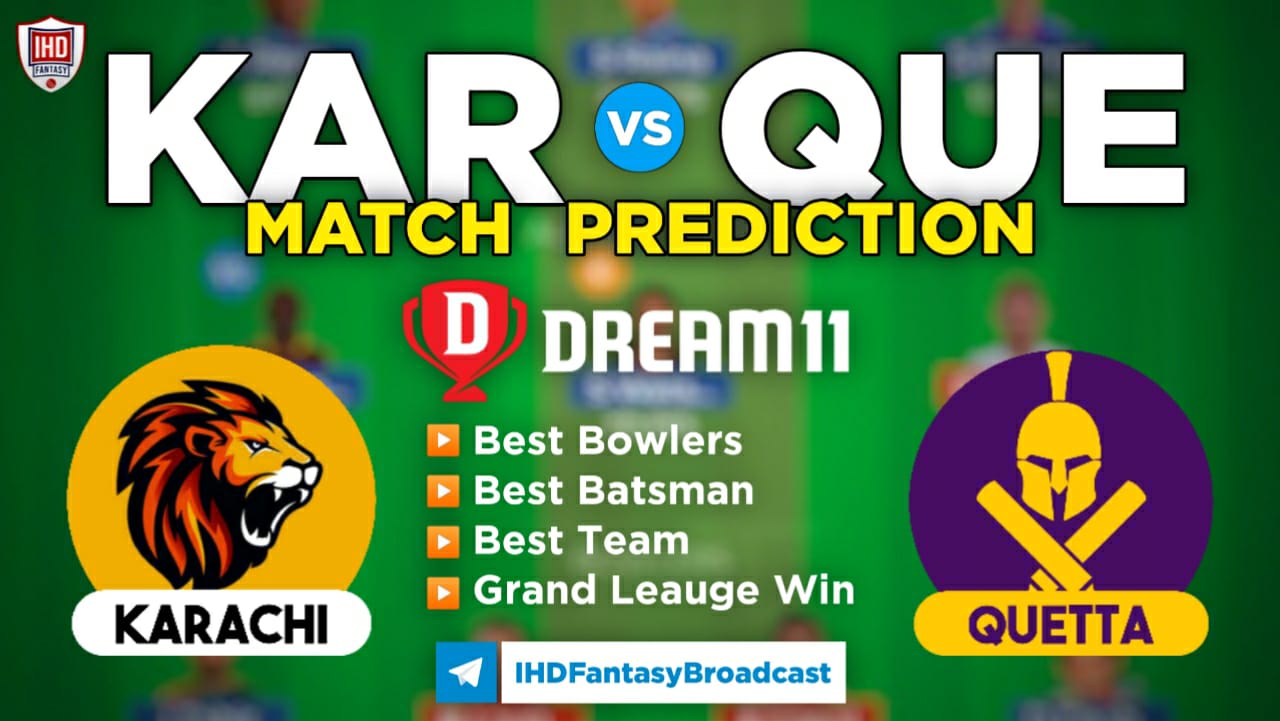 The 1st Match game of the Pakistan Super League 2020 will be played between Karachi Kings vs Quetta Gladiators.

The track at National Stadium, Karachi usually goes in the favor of spinners as far as international games are concerned. However, the fast bowlers will not get much assistance from the wicket.

KAR vs QUE Head to Head: 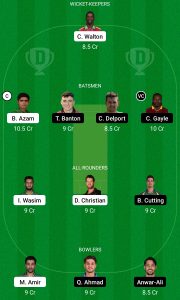 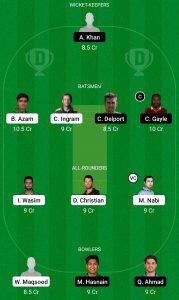 NOTE:
While selecting your team, consider the points and make your own decision and make sure to edit the team if there is some change after the toss when playing xi is announced. So, taking help from the above post make KAR vs QUE Dream11 team prediction.
Courtesy: https://ihdfantasy.com  | Join Telegram Channel | Youtube Channel