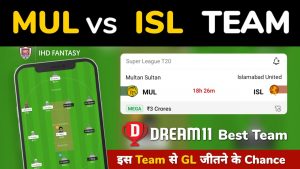 ISL vs MUL Dream11 Team Pre Info: The Qualifier match of Pakistan Super League 2021 will be played between Islamabad United vs Multan Sultans at the venue of Sheikh Zayed Stadium, Abu Dhabi.

The 2 best teams of PSL 2021 are going to fight for the place in the final of PSL 2021 and this is surely going to be a thriller both teams are well balanced and this is a neck-to-neck fight for sure. Islamabad United has clearly dominated the group stage by grabbing 16 points in just 10 games and finished the group stage on the top. Islamabad is a well-balanced team all their key players are in red hot form and they have all the necessary tools which a team needs to win the league and Islamabad will surely be eyeing the title but before that, they have to get a win here to confirm their place in the final.

On the other hands, Multan Sultans were struggling badly in the 1st phase of the tournament but since PSL shifted to the Abu Dhabi Multan Sultans were looking like a completely changed team they won 4 of their 5 matches in Abu Dhabi which helped them to finish the group stage on the 2nd position the only matter of concern for Multan Sultans is that their only defeat in 2nd phase of PSL came against Islamabad United and that to in the previous match and they were on the losing end in both of the group matches against Islamabad but Multan Sultans is a great team and they will surely work on it to give a though time to the table toppers.

The Qualifier match of the Pakistan Super League 2021 will be played between Islamabad United and Multan Sultans at the Sheikh Zayed Stadium, Abu Dhabi. 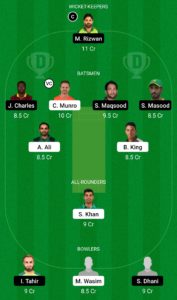 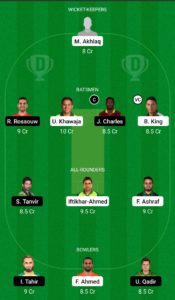 NOTE: While selecting your team, consider the points and make your own decision and make sure to edit the team if there is some change after the toss when playing xi is announced. So, taking help from the above post make ISL vs MUL Dream 11 Fantasy Team Prediction.