So far, the TATA IPL 2022 has been like a very bad dream for the 5-time champions Mumbai Indians. They have become the first side to lose 7 consecutive matches in a season and its a record no team would like to have.

The batting, the bowling, their fielding and the intent, everything seems to be lacking in the Men in Blue lead by Rohit Sharma.

Master Blaster Sachin Tendulkar has urged the team and the players to stick together in these tough time and make a comeback strongly.

“We are going through tough times, we must stick together. And then ride as a team,” Tendulkar was quoted as saying. 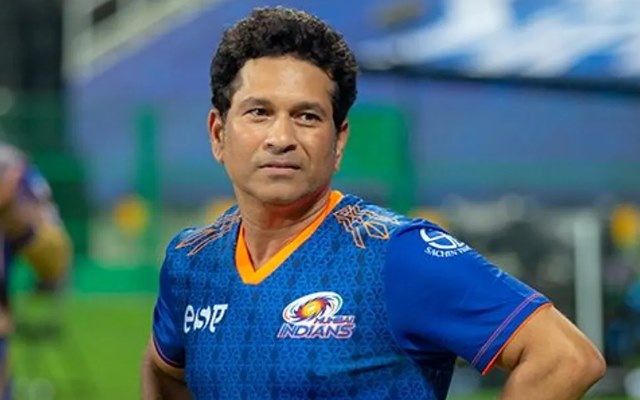 “It has been up and down. To be honest, Ishan batted really well in the first couple of games, and then a bit of a slide. Ro (Rohit) has been hitting the ball really well, he gets good starts, 15-20 runs, looking good and then not being able to convert,” Jayawardene said after his team’s three-wicket defeat Chennai Super Kings.

“When that happens, and when you get out early, you feel that nothing is going your way. I have been a batsman (and) that is part and parcel but I will be concerned if they are not hitting the ball well or if they don’t have that confidence, but both of them have been batting well out there in the middle as well in the nets, added the former Sri Lankan captain.