The Sunrisers Hyderabad (SRH) is probably going through their worst season in the history of IPL as this would be the first time in the last six years that they would not be qualifying for the play-offs. The Men in Orange got eliminated from the play-off race after losing to Punjab Kings in a low scoring match in Sharjah.

Skipper Kane Williamson expressed his frustration about the same and in the post match presentation, he told that this has been a tough season for SRH. 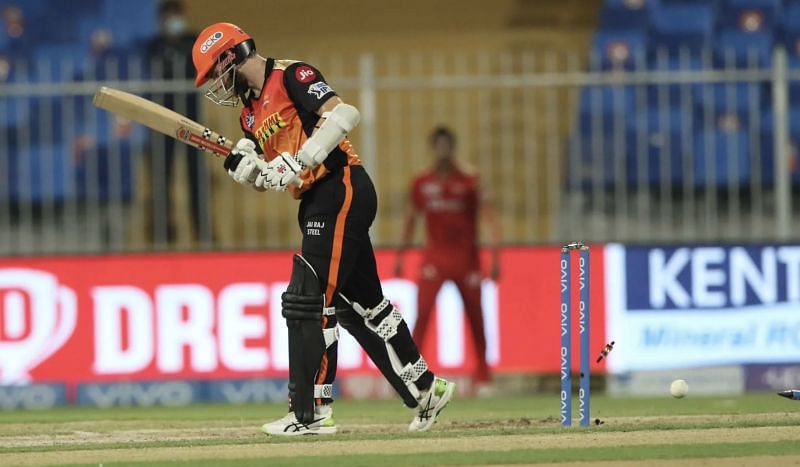 “The bowling and fielding did a fantastic job. The surface was a tough one. We were certainly backing ourselves to get close. SRH are a proud franchise, and it has been a frustrating season. We do need to look for areas to improve. We try to learn from the first half of the game. Punjab tried to come out attacking like it usually happens in T20s. But playing shots was challenging.

“For us, it was about looking to build platforms. It was quite a challenge to pounce on them without losing wickets. The games come thick and fast. We need to come to the next game with fresh eyes and freedom. We will try and put in the best. Smart cricket needs to be played with different surfaces,” said Kane Williamson.

While Jason Holder was the top scorer and also the leading wicket-taker for SRH, no one else could put their acts together against the Punjab Kings bowling line-up.